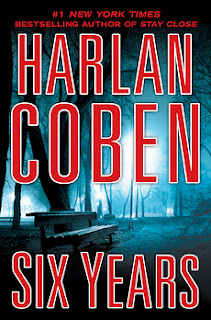 Six Years is a thriller, a love story and a page-turner with plenty of action. Most of Coben’s stand-alone novels use a mystery in the main protagonists past, unresolved or a misunderstanding of events.

This book is told in the first person. Jake Fisher meets Natalie Avery at a remote artists retreat, they fall in love and spend three months together. Jake is devastated when Natalie ends the relationship and within days marries another man. Natalie makes Jake promise leave her and her new husband alone and never contact them again, heartbroken he agrees.

Six years later Jake is a college professor. He has never recovered from the loss his one and only love but keeps his promise not to try and contact Natalie again. But when he reads that her husband has died, Jake attends the funeral in the hope of meeting Natalie again. He is stunned to see that the widow is not Natalie and has 2 teenage children. The mystery begins. Jake will not give up, he slowly uncovers  a web of lies and deceit. He is an ordinary man caught up in extraordinary events. It turns out that everything he thought he knew was wrong or twisted in a complex plot that keeps you reading right up to the end.
I don’t want to say too much and ruin the book, but all the plot points are there for you to follow. Read and enjoy.
-------
Reviewer: Sue Lord
Earlier books in the Myron Bolitar series in order: Deal Breaker, Drop Shot, Fade Away, Back Spin, One False Move, The Final Detail, Darkest Fear, Promise Me, Long Lost 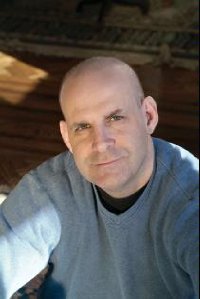 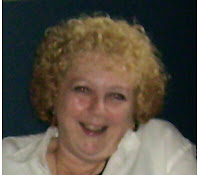 Harlan Coben was the first ever author to win all three major crime awards in the US. He is now global bestseller with his mix of powerful stand-alone thrillers and Myron Bolitar crime novels. He has appeared in the bestseller lists of The Times, the New York Times, Le Monde, Wall Street Journal and the Los Angeles Times. He currently lives in New Jersey with his wife and four children.