‘Another Small Kingdon’ by James Green 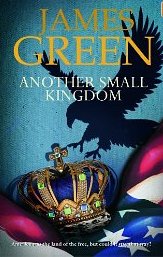 The USA, 1802. In Europe the Napoleonic wars are raging with Britain and France pitted against each othe: not the concern of the fledgling democracy with its capital Washington only recently founded. Yet European politics are extending their tentacles across the Atlantic to the new state which wishes to expand across the Mississippi and into the Louisiana Territories, nominally still Spanish but acquired by the French under a secret treaty two years previously. What do the French want in return?  Could it be that they wish to install Cardinal Henry Newman, last of the Stuart line and brother to Bonnie Prince Charlie, as a puppet king in the USA who will lead that country into the European wars on the side of the French?

The key to the conspiracy is in New Orleans and it is there that Lawyer Macleod arrives. Although Macleod is a Bostonian, his father was a Highland Jacobite who had lost everything after the ‘45 Rising and had sought refuge in the States. Macleod has not forgiven the British for the wrongs done to his family and as a Catholic and a fluent French speaker would be an ideal choice to find out what exactly the French are up to in New Orleans. Except that Macleod does not wish to go and being of a stubborn nature refuses to do so. So the shadowy and secretive Office of Internal and International Information (precursor of the CIA) in the person of the mysterious and sinister Cedric Bentley sets Macleod up so that he has no choice but to go. In New Orleans he meets the beautiful Marie de Valois and through her learns the truth about the conspiracy. Meanwhile the British have also sent as agent to New Orleans the seductive Madame de Metz (in reality Molly O’Hara). Before long Macleod and Marie find they are engaged in a deadly game of cat-and-mouse in which no-one can be sure who is friend and who is foe.

Another Small Kingdom has a highly complex and convoluted plot which provides a penetrating insight into the history of the United States at the beginning of the nineteenth century.
-------
Reviewer: Radmila May
Other books by the same author (2013, 2014): A Union Not Blessed, The Eagle Turns, Never an Empire, Winston’s Witch. 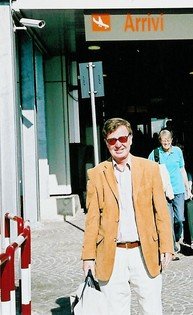 James Green was educated by the Vincentian Fathers at Bishop Ullathorne Gammar School , Coventry. He left school at sixteen and, after working as coal-miner, farm-worker, motor-cycle courier and building labourer, he went to St. Mary's College, Twickenham and qualified as a teacher. During his teaching career Jim acquired, by part-time study, an Open University B.A. and a research M.A. in Education. He studied, again part-time and for three years, for a Ph.D. in Education at Leicester University but, in 1983, the school where he was head teacher was completely destroyed by an arson attack and the final write-up of the research for the Doctorate was postponed, as it turned out, indefinitely. In 1997 Jim left teaching to become a full-time writer and published magazine articles and books on travel. He then began writing the first of what was to become the Jimmy Costello series, Bad Catholics, which in 2009 was short-listed for a CWA Dagger. Over the years Jim has been the author of academic texts and reference works but now concentrates on adult novels and is currently writing the Freedom to Espionage series which chronicles through fiction, but based on actual historical events and characters, the rise of the American Intelligence Service culminating in the establishment in 1947 of the CIA. The first in the five-book series, Another Small Kingdom, was published by Accent Press in August 2012 and the second, A Union Not Blessed, will be published in April 2013. Jim has also been invited to become one of the Traverse 50, an international group of writers new to the theatre, invited to work with the Traverse Theatre Edinburgh for one year as part of the celebration the theatre's 50th birthday.