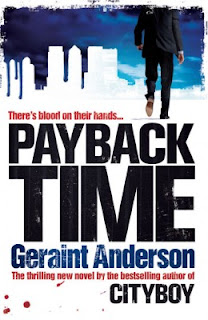 Six Cambridge graduates are drawn to the City of London and the world of finance. Wild and beautiful Bridget and Cityboy Steve Jones, who tells most of the story, are brokers at the German bank Geldlust, where dumpy Rachel also once worked but who now, after marriage and children resulted in her losing her job, is working for the Financial Services Authority (which polices the banks), a distinct comedown. John, possibly autistic/Aspergers, is a not very successful fund manager with a sideline in drug dealing while Colum is an extraordinarily successful hedge fund manager but is also a ‘chubby, disease-ridden degenerate … who sought out excess in everything especially … drugs, money and sex.’ Even the idealistic anti-capitalistic Fergus, Bridget’s lover,  is working as a financial journalist albeit for The Guardian. Then Bridget is sacked and during the following drunken, drug-soaked weekend falls to her death from the balcony of her penthouse flat. Her friends are devastated by the tragedy and, blaming her death on Geldlust, hatch a plan to bring Geldlust down and enrich themselves at the same time. Set ablaze by adrenalin and fuelled by drink, drugs, debauchery, dishonesty and dysfunctional personalities, they proceed to do just that. But it also appears that Bridget was not alone during that weekend; someone was with her, but who, and was that person responsible for her death?

This is a rollicking good read, great fun and excellently written, despite the deplorable lifestyle not just of the main characters but just about everyone else. But it is also a cautionary tale. The complete amorality of the City is like a giant black hole, sucking in and then destroying everyone who becomes involved. Beware one thing, however: all the characters are phenomenally foul-mouthed: if you don’t like that sort of thing . . . you have been warned!
------
Reviewer: Radmila May
Other books by Geraint Anderson: Cityboy, Just Business. 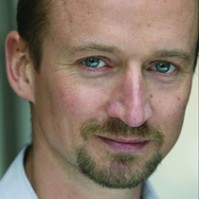 Geraint Anderson, 38, son of Labour peer Baron Anderson of Swansea, was the investment banker who in 2008 broke the City’s “code of silence” and exposed dodgy dealings in the world of banking, telling all in his book Beer and Loathing in the Square Mile using his pseudonym Cityboy