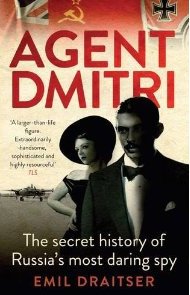 This is the true story of the handsome, suave master spy Dmitri Bystrolyotov who spied for the Soviet Union in the inter-war years. Born in 1901, his mother was of aristocratic descent but with feminist views which led her to have an illegitimate child as a gesture against the rigidly conformist society of the time in which class distinctions were legally enforceable. His father was a member of the Tolstoy family but Dmitri never knew him and after his early childhood saw little of  his mother, the Tolstoy family arranging for him to live with a foster family and for his education. But the upheavals caused by World War I and even more the 1917 Bolshevik revolution changes his life from one of privilege to one of extreme poverty while his experiences influence his political views, and in order to escape the chaos caused by the conflict between the White and Red Armies he escapes to Turkey where he is at first utterly destitute. His circumstances improve slightly and when he makes his way to Prague he eventually comes to the attention of the OGPU (the then name for the Soviet secret police) who recruit him as a spy. His life changes absolutely; he becomes not just a spy but a master spy, one of the most successful in Europe, stealing military secrets from Nazi Germany, Fascist Italy and Britain, often employing seduction of embassy staff. But the strains of his lifestyle, which could involve adopting several identities in one day, and a series of catastrophic personal relationships, begin to affect his already frail personality. He returns to Moscow - a mistake since Stalin’s terrible show trials were just beginning. Like so many others who dedicated their lives to their political and patriotic ideals he is arrested on false charges, tortured, and sentenced to a long term of imprisonment in the Gulag. Unusually he survives but the account of those years, derived from a record he kept at the time, is harrowing in the extreme. Even after his eventual release, life is difficult but with the help of his devoted wife, whom he met in the Gulag, he  achieves a measure of happiness in his old age until his death in 1975.

The author of this book is about the only person who could have written it. Emil Draitser, himself Russian, met Dmitri once when the latter was an old man. Due to the still repressive nature of the Soviet regime, he did not tackle his subject until he himself had left the USSR and was well established in the United States. By this time, Russia was presenting in various books and films a sanitised version of Dmitri as being entirely motivated by socialist patriotism, ignoring the more questionable aspects of his activities and passing over his maltreatment by the government he had served so devotedly and his eventual disillusionment with not only Stalin but Lenin and the vast edifice of state repression under which so many people had suffered. With the aid of the vast amount of materials unearthed from various archives, Draitser has told a compelling story of a brave, complex, sensitive and flawed man. A must for all those interested in twentieth century history.
-----
Reviewer: Radmila May 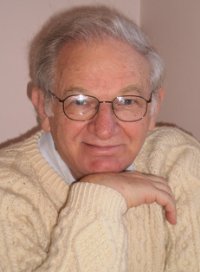 Emil Draiter was born in Odessa, Ukraine, Emil Draitser has published both fiction and nonfiction since 1964. His work appeared in leading Soviet journals (Youth, Literary Gazette, and Crocodile) under his pen name "Emil Abramov." He began his writing career as a freelancer contributing satirical articles for Soviet newspapers and magazines. Eventually, he was blacklisted for criticizing an important official, prompting him to leave for the United States. He immigrated to Los Angeles, where he earned a Ph.D. in Russian literature from UCLA. In 1986, he took a job at Hunter College in New York City, where he continues to teach. Besides twelve books of artistic and scholarly prose, Emil Draitser's essays and short stories have been published in the Los Angeles Times, Partisan Review, North American Review, Prism International, and many other American and Canadian periodicals. His fiction has also appeared in Russian, Polish, and Israeli journals.