‘Death on a Long Ship’ by Marsali Taylor 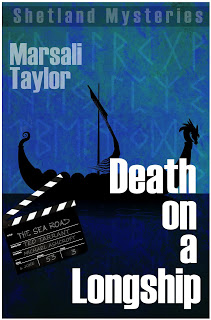 For Cass  Lynch, the chance of skippering her own boat, a Viking longship  - for a Holywood film is an opportunity she cannot pass up even through it requires her to return to the Shetland islands, from which she ran away as a teenager to pursue her love of sailing.

But all is far from plain sailing for Cass, as barely are they half-way through filming when Cass finds a dead  body on the deck.

Heading the investigation is Detective Inspector Macrae, and suspects abound. The beautiful leading lady, Favelle and her husband Ted both inspire jealousy and love in equal measure, making for tension amongst the film crew. But soon Macrea has Cass in is sights. After all she did find the body.  Added to the mix is Cass’s father Dermott, who is endeavouring to get a wind tunnel project off the ground. It’s not a project; to endear him to the natives. As more secrets surface, putting Cass’s family under the spotlight, she determines to find the killer herself. But that course could be risky.

Rich in characters, this is an enthralling mystery. I particularly enjoyed Cass’s glamorous, French opera singer mother, who is utterly captivating. Full of unexpected twists, it kept me guessing to the end. Highly recommended.
-------
Reviewer: Lizzie Hayes 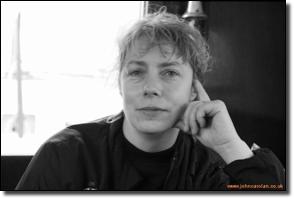 Marsali Taylor grew up near Edinburgh, and came to Shetland as a newly-qualified teacher. She is currently a part-time teacher on Shetland's scenic west side, living with her husband and two Shetland ponies. Marsali is a qualified STGA tourist-guide who is fascinated by history, and has published plays in Shetland's distinctive dialect, as well as a history of women's suffrage in Shetland. She's also a keen sailor who enjoys exploring in her own 8m yacht, and an active member of her local drama group.  Marsali also does a regular monthly column for the Mystery People e-zine.
Posted by Lizzie at 22:27