‘The Fear of Ravens’ by Wendy Percival 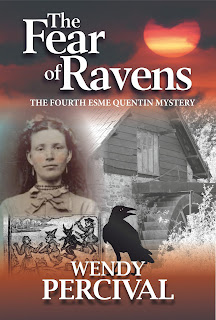 
This is the fourth in the series featuring the genealogical researcher Esme Quentin and is set in North Devon where Esme is now staying in a rented cottage while she decides whether or not to move permanently to Devon. Esme has a commission to research the history of an old abandoned semi-derelict mill, the Temperance Mill, whose owner, Anna Brannock, has ambitious plans to redevelop it, installing workshops and perhaps even generating electricity. Anna believes that Esme’s research could assist in gaining a lottery grant for redevelopment. However, Anna’s husband Drew thinks that Anna’s plans are over-ambitious and is trying to dissuade her.

But Esme’s activities are not only connected with her genealogical researches into Temperance Mill. Anna’s friend, Maddy Henderson, a photographer with a passion for the restoration of old photographs, is also in the process of taking on her late father’s business of furniture restoration, particularly small-scale items which are highly attractive to purchasers which she sells from a stall in the local market. Esme is assisting Maddy in this venture and it is while she is on the way to join Maddy that she is accosted by Sean Carlton, a private investigator, who is trying to trace a woman called Ellen Tucker who had lived 24 years ago, not at Temperance Mill, but at the nearby Temperance Cottage. Neither Esme nor Maddy know anything about Ellen nor about any rumours about witchcraft and Anna would only have been a child at the time. Maddy suggests that Anna’s husband Drew, being rather older than his wife, might know rather more but Drew, surly by nature, rebuffs enquiries. Later Esme wanders along to Temperance Cottage which is also abandoned but while she is there an old man shouts at her and throws stones. She later learns that he is Joseph Brannock, grandfather to Drew and his brother Alec. Something very odd is going on connected with enquiries into the mysterious Ellen Tucker; a lot of people don’t seem to want Esme or Maddy to find out what happened to her. Ancient stories about witchcraft begin to surface going back not just to the famous Bideford witchcraft trials in the seventeenth century but later episodes connected with the Temperance Mill in the nineteenth century and even years later. But are they connected with the disappearance of Ellen Tucker and the death of Sean Carlton, found dead in his car in a nearby river?

This story has a very complex plot through which the author, with her highly impressive knowledge of the methods of genealogical research, using a wide array of sources, including early Ordnance Survey maps, even earlier Tithe Maps, and long-ago newspaper archives, threads her way with meticulous care. Recommended.
------
Reviewer: Radmila May 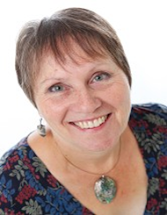