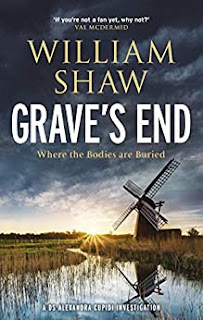 As the story opens, we meet an older badger about to surface from his sett to find food for the cubs. However, his way is blocked by something really hard and it stinks of people. He must dig another way out.

We then hear of a Gram who works for an estate agent and his girlfriend illegally gaining access to an empty luxury property and finding a body in the freezer in the garage.

Meanwhile Detective Sergeant Alex Cupidi's daughter, Zoe and her friend Jay are apprehended by a security guard when found trespassing on the Whiteland Fields development site. They were studying the badgers there and are worried that when the building of hundreds of houses there begins, the sett will have to be moved.

When shown a photo of the body in the freezer, Zoe recognises him as a lover of nature who protested about the proposed Whiteland Fields development. He also had exposed evidence of badger baiting in the area. Could either of these be the reason for his murder?

The cause of his death was cyanide poisoning and when a woman's body is found, it's proved she died in the same way. However there seems to be no connection at all between the two people. Alex and the team are really puzzled.

We then learn that the old badger, when digging the new exit, disturbs human bones and a skull is brought to the surface. Tests prove that the skeletal remains when dug up belong to that of a public schoolboy who went missing in 1984. As Alex looks into the history of the school he attended, she is shocked to find that it had a terrible reputation for bullying. Evidence also slowly emerges that depraved sexual practises went on among the boys.

Apparently certain people connected to the controversial development of Whiteland Fields also went to the school. What nasty secrets are they hiding, and can Alex and the team solve all of the crimes before someone else dies?

When an attempt on her own life is made it becomes even more urgent. She is obviously getting near to finding out the truth, but at what cost?

What a great book, another well plotted, beautifully written story from William Shaw, full of unexpected events. I found the connection to the badgers fascinating and interesting to learn a little of their lives, especially the fact that their setts are often hundreds of years old.

I really enjoy this author's books and I highly recommend this one as it certainly is one of his best so far. 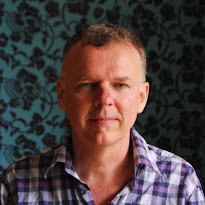 William Shaw was born in Newton Abbot, Devon, grew up in Nigeria and lived for sixteen years in hackney. Starting out as assistant editor of the post-punk magazine ZigZag, he has been a journalist for The Observer, The New York Times, Wired, Arena and The Face and was Amazon UK Music Journalist of the Year in 2003. He is the author of several non-fiction books including Westsiders: Stories of the Boys in the Hood, about a year spent with the young men of South Central Los Angeles, and A Superhero For Hire, a compilation of columns in the Observer Magazine. A Song from Dead Lips was the first in a series of crime fiction books set in London in 1960’s featuring DS Breen and WPC Tozer. His most recent series features DS Alexander Cupidi. He lives in Brighton. 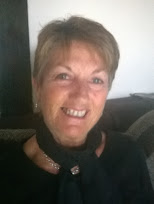