‘He Will Find You’ by Charlie Gallagher 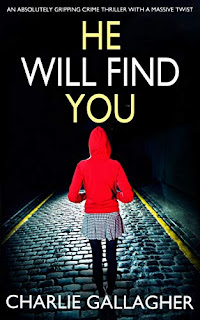 Charlie Gallagher is a serving UK police officer and, as you might expect from a man who spends his days as a frontline police detective, both his Langthorne Police Series and the Detective Maddie Ives series are underpinned by his expert knowledge as are his three standalone novels. But make no mistake – these are not cosy police procedurals, they are gripping – sometimes gruesome – thrillers.

He Will Find You is the third book featuring DS Maddie Ives. In the opening chapter the reader is introduced to a bewildered ten-year-old child covered in blood who wanders into the road oblivious of the traffic. Maddie and her team are called to the scene, but the boy is either unable or unwilling to speak. Maddie eventually manages to make some sort of connection to him.

In a separate incident, the body of a man is discovered on a lonely road on the outskirts of town. His trussed body had been dragged behind a vehicle for some distance. Maddie Ives, her boss DI Harry Blaker and Rhiannon Davies recruited from CID have a difficult job on their hands. The signs are that some kind of strange occult practice is involved and that this is only the first in what could become a series of similar killings.

Only when the team realise the connection between the two seemingly unconnected incidents can they discover the identity of the killer. When Rhiannon disappears minutes after Maddie leaves her to continue her early morning run through the woods, the race is on. Will they be able to find where the group have taken her before her body is roped and tied to the back of a truck to be dragged to her death?

The story is told from multiple viewpoints including those of the villains and their victims. In this way, the reader is ahead of the detectives which adds to the impending sense of doom as for example when Maddie and Rhiannon head into the woods.

This gripping novel has all the ingredients of a great thriller – a complex and compelling plot, well-drawn believable characters, fast pace with plenty of action. Although I’m fond of edgy suspenseful writing, I freely admit that hard-bitten, stomach-churning fiction is not my usual choice, but I found

He Will Find You compulsive reading and plan to read more by Charlie Gallagher. What appealed to me most was Gallaher’s ability to create characters the reader wants to know more about. Take for example DI Harry Blaker – on the surface, he may seem a morose ‘difficult colleague, but we soon learn the reason for his reserve. The early release from jail of a petty criminal responsible for the death of Harry’s wife tests all of the detective’s reserves almost to breaking point. He is also burdened by a sense of guilt when he is unable to stop his daughter self-harming. None of which stops him from throwing himself wholeheartedly into the desperate search for Rhiannon. 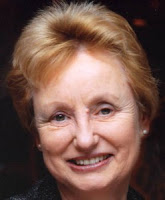 http://judithcranswick.co.uk/
Posted by Lizzie at 16:57