‘Weave a Murderous Web’ by Anne Rothman-Hicks and Ken Hicks 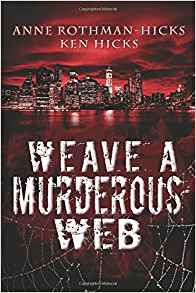 Successful New York lawyer Jane Larson spends most of her time working on major litigation cases involving enormous sums of money (and making a healthy profit for her firm and doing pretty well herself too). But when a really big case settles unexpectedly she finds herself with a few days spare time so when legal assistant Francine, gauche and well-meaning, tells Jane that her friend Gail Hollings needs a lawyer to act for her in a matter involving a divorce settlement and custody of little Courtney, Gail’s previous lawyer, whom Jane had known when they both worked together for Legal Services for the Poor, having died of an accidental drugs overdose. But Gail has no money and if Jane acts for her it will be unpaid – pro bono publico – and proceedings are due to start that afternoon. Jane agrees to at least appear for Gail in the initial proceedings and to try and find someone who will subsequently act for Gail. She is less enthusiastic about the interest in Gail’s case shown by feminist reporter Carmen Diaz. Until that is, Francine slip that Carmen had known Gail’s previous lawyer and believes that his death was neither accident nor suicide. Which makes it murder. In court Gail’s ex-husband Larry, also a lawyer, is revealed as having lied about his resources and it looks as though Jane has scored a mighty victory. Then someone tries to shoot Jane – is it the angry and vengeful Larry? And then Larry is murdered, and Jane finds herself drawn into a maelstrom of drug deals, gangsters and murder. Is her ex-partner, handsome lawyer David for whom she still cares, involved in some way? The police think he may be. And what is worrying Jane’s best friend Lee? Then there’s Jane’s new love, another handsome lawyer, Bryan. Meanwhile, Gail is revealing herself as being more and more grasping with a story that she will not divulge.

This is an immensely entertaining and exciting story told with a dry, sardonic New York wit which permeates not just the dialogue but the entire first-person narrative. Recommended.
------
Reviewer: Radmila May 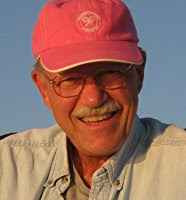 Kenneth Hicks was born in Chicago, Illinois (1948) but grew up in Abingdon Township in Pennsylvania and attended Haverford College (B.A.1970) and Columbia University Law School (LL.B. 1976). Ken married his co-author Anne Rothman, a graduate of Bryn Mawr College (B.A.1971), and they have lived in New York City for many years and raised three children. Kenneth Hicks is the author of The Complete Hitchhiker (1973). He is co-author with Anne Rothman of Theft Of The Shroud (1984), Starfinder (1984), as well as a series of books about children's names David's Book, Michele's Book, John's Book, Michael's Book, Elizabeth's Book, and Jennifer's Book (all 1984).