‘Death of a Diva’ by Derek Farrell 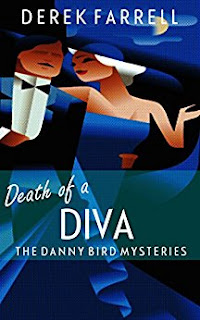 When Danny Bird comes home unexpectedly he finds his lover, posh corporate lawyer Robert, in bed with a handsome window cleaner. He’s already lost his admittedly crummy job, and now he’s lost the love of his life, not to say his home. But not for nothing is Danny a tough, resilient, working class Londoner. Within weeks he’s become manager of what was Peckham’s grottiest pub (The Marquess of Queensbury) which he is determined to turn into The Marq, the trendiest eating place south of the Thames, and with the aid of his friend Lady Caroline de Montfort (Caz), he proceeds to do so. He himself is a class cook, as barmaid he has the fearsome Ali Carter, and his identical twin nephews, Dash and Ray McCarthy, can supply him with plenty of liquor albeit from pretty dodgy sources. To get The Marq’s name really on the map he needs a big launch so he books the well-known singer Lyra Day. Lyra was once a big star; since then, with a publicly troubled personal life, her career has taken a dive, but now she’s set on making a comeback. One big problem: the pub’s owner, local crime lord Chopper Falzone who has a finger in every pie in Peckham, is expecting a big cut of the profits from the launch. But then on launch night something bad happens: on going to call Lyra down for her first number Danny finds her dead. Strangled. The police, in the person of the menacing Inspector Frank Reid and the beauteous Nick Fisher, are called. Reid would like to arrest Danny there and then but the duty solicitor Dot Frost, middle-aged and mousy but with very sharp teeth, extracts Danny from the jaws of justice.

In fact, there is no shortage of people who would be happy to see Lyra, the diva to end all divas, dead. Husband number three, Morgan Foster, for starters, his daughter Jenny, her PA Liz Britton.

And then there are more deaths. And Robert keeps on turning up, unable to accept that he can’t lift a finger and have Danny come running. And Chopper wants his money. And Danny wonders if he can find a new love after all. So, Danny has to establish who the murderer is, which he does in front of the various suspects in a scene worthy of the great Agatha Christie, while Reid and Fisher are conveniently concealed nearby.

This is a fantastic read. It is written in a style which is sharp, snappy, fast-paced and funny, both the actual dialogue and the first-person narrative. True, everyone swears enough to turn the air blue but this adds an extra punch or two to the writing. There is a bit of a problem with the proof reading. Ignore it. Warmly recommended.
------
Reviewer: Radmila May 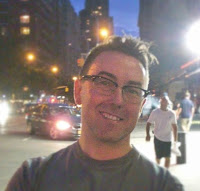 Derek Farrell grew up in a small terrace close to the Guinness brewery in Dublin’s Liberties neighbourhood, where the smell of roasting hops alternated with the yeasty fermentation of the mash, and the cry of the seagulls was interrupted occasionally by the snorting of an escaped cow on the rampage from the abattoir at the bottom of the street. He has, since childhood, told stories. Of course, back then they were called lies, and usually got him in to trouble, but nowadays his stories, humorous poetry and song lyrics are entertaining people from Kansas to Crawley. Derek’s debut novel Death of a Diva  features his wonderfully human detective Danny Bird. His second novel Death of a Nobody catches up with Danny and Caz, the denizens of The Marq in the midst of a summer heatwave, and has been described as a “Brilliant, Witty Murder mystery.”