‘The Witchfinder's Sister by Beth Underdown 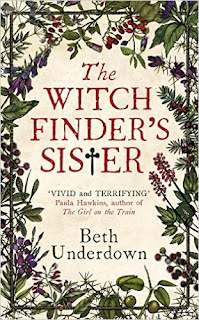 Matthew Hopkins, dubbed the Witchfinder General, has to qualify as one of history's most notorious characters. He was directly responsible for the deaths of over a hundred women in East Anglia in the mid-17th century, all convicted of witchcraft on his say-so and little actual evidence.

Beth Underdown's account of his travels through Essex and Suffolk, seeking out women accused by other people who clearly had a grudge against them, is told through the eyes of his fictional sister Alice. She returns to her birthplace after an unspecified number of years, widowed, pregnant and with little choice other than to throw herself on her brother's charity – which comes at a price. She is required to accompany him, and examine the accused women for 'witch's marks', a task she carries out reluctantly and with great scepticism.

Matthew bears the scars of a horrific childhood accident, and it is strongly implied that there are worse scars of an emotional and psychological kind, not all them caused by the accident. Whatever his motivation, he soon becomes the most hated man in the area; Alice's attempts to temper his excesses meet with little success, and she suffers both for him and with him.

It's hard to credit that this compellingly disturbing tale is Beth Underdown's debut novel – though her background as a lecturer in creative writing indicates a lot of experience in wordcraft. She contrives to give Alice's voice the ring of 17th century truth, but with a clarity and punch which belongs firmly in 2017. Her characters, especially the women, both victims and lookers-on, sit comfortably in the roles she creates for them, and the sense of place is almost tactile.

The plot is not so much plot as account of the travesties Matthew Hopkins perpetrated, laced with background from the past he shares with Alice, and her own recent history – though there is a story arc, and a climactic moment when Alice reaches the end of any semblance of patience and understanding. There is even a tiny twist at the very end, designed, I'm sure, to make the alert reader give a little gasp as the future reveals itself.

The Witchfinder's Sister is as accomplished a debut novel as they come; the history feels right, and the powerful narrative holds the reader in thrall right to the final page.
------
Reviewer: Lynne Patrick

Beth Underdown was born in Rochdale in 1987. She studied at the University of York and then the University of Manchester, where she is now a Lecturer in Creative Writing.
The Witchfinder’s Sister is her debut novel, and is based on the life of the 1640s witch finder Matthew Hopkins.  She first came across him while reading a book about seventeenth-century midwifery. As you do. 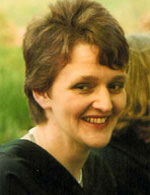