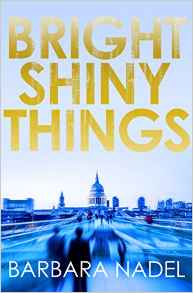 This is the fifth in this author’s excellent series featuring private investigators Lee Arnold and Mumtaz Hakim set in the East End of London, an area which has seen enormous changes in population over the years from the seventeenth century Huguenots to the present day Muslims mainly from Bangladesh but also from other Muslim countries. The parents have settled in well on the whole but some of their children, especially the young men, have been radicalised. One of those is Fayyad, the son of Abbas al’Barri who had served as a translator for the British forces in the first Gulf War where Lee had served as a soldier before joining the police and then becoming a private investigator. Fayyad has become a jihadi and is now in Syria.  Abbas had saved Lee’s life so when Abbas asks him to get Fayyad back from Syria where he has become a jihadi Lee agrees to help. Fayyad has sent a parcel to his parents which contains a holy relic which Shireen, Fayyad’s mother, believes shows that her son has changed his mind about jihadism. But Abbas does not believe this and in fact Fayyad (now calling himself Abu Imad) is on Facebook publicising his jihadi life. In order to establish direct contact with him Mumtaz suggests that she go on Facebook with an assumed identity as a pious young girl who is fascinated by the idea of becoming a jihadi bride. Lee is at first alarmed at the idea but agrees. Then in an apparently unrelated incident a local shopkeeper, Rajiv Banergee, who is gay and a Hindu, is beaten to death. And one of the chief suspects is Mumtaz’s brother Ali who has become a fanatical extremist. Ali now runs a lodging house for several young Islamic extremists and their attitude to homosexuals is deeply punitive. But at one time Ali and Rajiv had been lovers. Another plot strand is that Shazia, Mumtaz’s stepdaughter, is being stalked by the elderly Naiz Sheikh, head of the Sheikh clan (and crime syndicate) to which Mumtaz’s murdered gambler husband Ahmed owed money. In fact it was Naz, a member  of  the Sheikh clan who had murdered Ahmed and had then himself been murdered, the clan as a whole hold Mumtaz responsible because she had seen the event and not called for help. As recompense the clan think that Shazia should be married off to Naiz but young, beautiful Shazia has ambitions for a career which do not include being shackled to someone old enough to be her grandfather.

Just how all these plot strands are to be resolved makes for a really gripping and enjoyable read which I read straight through. There is an enormous range of characters and the picture of life in today’s East End is absorbing and the complexities of the Muslim community are fascinating. Having to read the book through again for review purposes meant that I had to try and untangle the complicated web of family relationships, ie who was whose son, brother, uncle etc so vital in that community – and I’m not sure if I got them all sorted! The influence of radical Islam on Muslim youth is one that should be debated especially when set against the contribution that so many of the community have made to British society. Consider, for instance, the selfless dedication of many doctors and nurses with Muslim names to alleviating pain and suffering in A & E departments in NHS hospitals. Very much recommended.
------
Reviewer: Radmila May