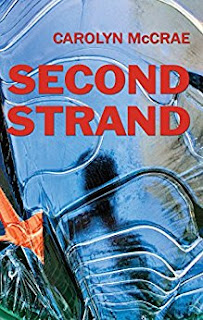 Alex Brownlow has shared his life with Teri Barnes for over ten years but the relationship has run its course and they have begun to discuss the possibility of an amicable separation.  These domestic preoccupations change, however, when their elderly next door neighbour, Walter Brittain, is murdered.  Detective Sergeant Ann Hill is assigned to the case and questions the couple, but then Alex disappears and, inevitably, becomes a prime suspect.

Two years earlier DS Hill had been criticised when an apparently open and shut case she was leading failed to result in a conviction.  During the trial the defendant’s lawyer exposed embarrassing flaws in the investigation and Hill is determined not to repeat her mistakes.  She embarks on the Brittain enquiry with determination and vigour, hoping that a successful outcome will reignite her career.  Meanwhile, Teri engages a husband and wife investigation team, Fergal and Skye Shepherd, to find Alex.

As the various strands of the investigation converge, secrets and lies that have been hidden for over thirty years are gradually exposed.  They reveal a deadly game of betrayal and revenge that is still being played out and moving inexorably towards one final killing…

Second Strand skillfully weaves the complexity of Teri and Alex’s unravelling relationship into the tangled mosaic of the murder enquiry.  The writing is compelling and crisp, and one is never quite sure who can be trusted because the characters are unpredicable and often unreliable.  The author has successfully combined plot, style and enigmatic personalities to create a tense thriller that keeps the reader guessing until the end.
------
Reviewer: Dorothy Marshall-Gent 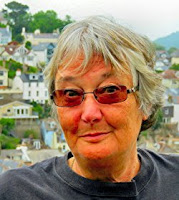