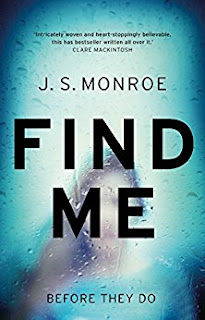 Jar and Rosa had met when they were students at Cambridge, both studying English, both ambitious, Jar to write, Rosa to act. And they fell deeply in love and were happy, expecting to spend their lives together. Until that is, Rosa jumps into the sea at Cromer on the north Norfolk coast. Her father who worked in a rather mysterious capacity for the government had been killed in a motor accident in India and grief at his death is assumed to be the reason for Rosa’s suicide.  Although her body is never found, she is assumed to be dead. However, Jar cannot accept that she is dead and is haunted by her frequent apparent appearances, although the family doctor in Jar’s home town of Galway tells him that they are post-bereavement hallucinations. Jar refuses to accept bereavement counselling and drifts into a dead end job, writing up stories about celebs for an on-line magazine. But then he sees Rosa again and this time she doesn’t look like a hallucination; she looks real. He follows her to Paddington and sees her get on a train to Penzance. Someone else who doesn’t believe that Rosa is dead is Rosa’s aunt Amy who lives in Cromer and she gives Jar the hard disc from Rosa’s computer on which she had written a diary but so corrupted that it cannot be retrieved. But his work colleague and friend Carl knows someone who can retrieve what Rosa has written and her diary forms the basis of a narrative parallel to that of Jar’s. In it we learn that Rosa’s story is far more complicated than simple grief for her father’s death and involves the security services of the United Kingdom and/or the United States with links to Guantanamo – or does it?

The author who is in fact the journalist and novelist Jon Stock, author of the Legoland thriller series, tells a highly convoluted and skilfully told story with many twists and turns and apparent reversals of narrative. Although it is described as a romantic thriller and Jar’s love for Rosa is the driver of the plot, I would not myself describe it ‘romantic’ in the sense in which the word is usually applied.  Jar is an appealing character whose grief at Rosa’s death comes across as very real and many of the other characters reveal themselves as not being in reality what they appear to be.
------
Reviewer: Radmila May