‘The Valhalla Prophecy’ by Andy McDermott 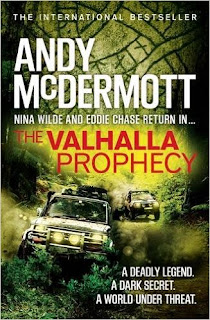 This is a novel that starts at full speed and never lets up.  It is the 9th of the series starring archaeologist Nina Wilde and her now husband, once mercenary, Eddie Chase.

In this instalment Nina and Eddie are following up leads to find the legendary halls of Valhalla where something powerful can be found, a deadly poison, ownership of which could sway the control of world powers.  What could have been a historical expedition for the origins of an ancient legend has become a battle between opposing interests, with Nina and Eddie caught in the middle.

The trend for thrillers featuring fabulously extravagant properties assigned to historical stories and items seems to be continuously growing and we, the readers, do not seem to tire of them.  Once Dan Brown may have been unique in this area, but the plethora of novels round ancient artefacts and historical events has been burgeoning ever since, some appalling and even mundane, others more interesting based on more fascinating concepts.

Fortunately, this is one of the latter.  Whilst it breathlessly drags the reader across continents, and back and forth in recent history, with improbable escapes and lucky breaks, it also contains a absorbing plot and some compelling characters.  Not serious reading by any means, but enjoyable and totally unputdownable.    You do get to like the key players, in my case so much I went back to book one, and even the cheesiest bits add to the story.  A good holiday thriller.
------
Reviewer: Amanda Brown 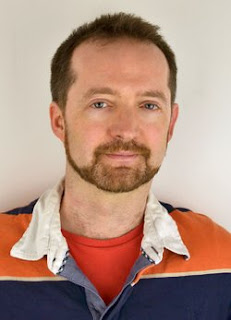