‘Born in a Burial Gown’ by Mike Craven 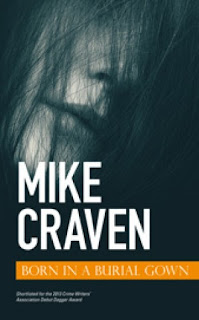 The discovery of the dead body of a young woman in West Cumbria is assigned to Detective Inspector Avison Fluke.  The killing appears to have been a professional hit - shot once in the back of the head, execution style.

Avison Fluke is struggling in all aspects of his life. To return to work he has concealed the true state of his health, which could come to light at any time, and which would result in his dismissal from the force. He is also under threat of being homeless, and his love-life is spiralling downwards.

The investigation doesn’t so much as stall, as just not get started, there appear to be no leads. The building site where the body was found is a deserted area. Identifying the body might give the team a starting point, but a trawl through missing persons do not turn up anyone who could be their corpse.  The post-mortem reveals she has gone to significant expense in disguising her appearance, so clearly she was someone who was in hiding, which doesn’t bode well for the possibility of someone coming forward to identify her.  And before Avison can try to find her killer he needs to know who she was.

This is one of those books that grabs your attention from the first page and never lets up.  Avison Fluke is an interesting character, who is just about coping and trying desperately to keep that desperation hidden from his superiors.  I was routing for him all the way.  This is a page-turner and most  highly recommended.
------
Reviewer: Lizzie Hayes 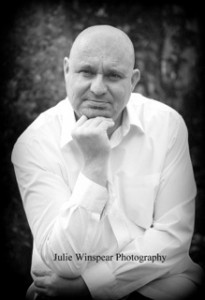 Mike Craven  was born in Cumbria in 1968, but grew up in the North East. He trained for two years as an armourer (that's gunsmith to you and I) before spending the next ten being paid to travel the world and drink ridiculous amounts of alcohol. In 1995, sick of writing postcards and having fun, he decided it might be time to do something a bit more sensible. And it doesn't get more sensible than doing a law degree. So he did Social Work instead. Two years later he started working in Cumbria as a probation officer. Sixteen years, and a few promotions, later he is still there, although as a crime writer, he now has different motivations for trying to get inside the minds of criminals.
Mike's first DI Avison Fluke novel, Born in a Burial Gown, was shortlisted for the Crime Writers' Association Debut Dagger Award.  He has also written a collection of short stories featuring Fluke and his colleagues from the Cumbrian Force Major Incident Team, Assume Nothing, Believe Nobody, Challenge Everything.
In between joining the army and securing a publishing deal, Mike found time to have a pet crocodile, survive cancer, get married, and buy a springer spaniel named Bracken. He lives in Carlisle Mike is a member of the Crime Writers' Association, the International Thriller Writers' Association, and the Mystery People Group..
Posted by Lizzie at 10:43