‘The Abduction’ by Jonathan Holt 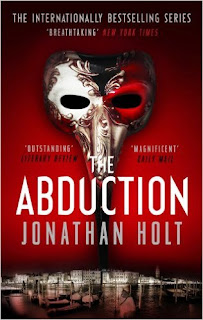 This is the second in the Carnivia trilogy, and deals with a kidnapping which is played out online through the virtual world of the anonymous website www.carnivia.com   The victim is the daughter of an senior American officer based in Venice, the purported ransom – stop the building of an American base, being constructed outside Venice.

Complex and full of intricate loops and knots, this is a worthy second novel in the series.  The kidnapping involves Daniele Barbo, creator of Carnivia, as it is his website being manipulated by the kidnapper.  Using some of Daniele’s links and skills, the key investigator Kat Tapo of the Venice Carabinieri starts to track down the victim and finds out some disturbing facts around Italy’s history and the involvement of the Americans and some more mysterious allies linked with the church.  With US intelligence analyst Holly Bolland she starts to uncover a politically sensitive plot, within which the captive victim is only a small part.

With some serious questions around privacy laws, the church, government and military conspiracies and the ethics of torture and terrorism, this is a richly woven narrative with some hard hitting messages. However, despite this, the author never lets this overtake the flow of the story line or forgets that the reader also wants to solve a crime and live with the characters throughout the process.

Nicely paced, but not a book you can just dip into lightly.  Once you start you need to keep going.
------
Reviewer: Amanda Brown 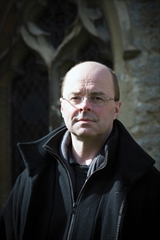 Jonathan Holt, studied English literature at Oxford and is now the creative director of an advertising agency. He has travelled widely in Italy. He lives in London.