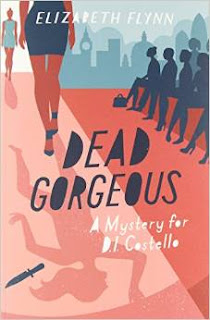 Elizabeth Flynn has set her second book in the  glamorous world of fashion.

Kirsty Mann, is young and beautiful and determined to make it.  Already the in-house model for Ivano King she is, she believes set on the right course.  As insurance for her career path she is also dating Ivano King.  Then Kirsty is found dead in her flat.

DI Angela Costello is assigned to the case. Investigations reveal that Kirsty was spreading her favours and also dating Darren Carpeneter. Her flatmate Sandra Hodges seems to have no love-lost for Kirsty and Ivano King was trying to drop her as he was dating someone else. It was also rumoured that Ivano was struggling creatively, but seemed up-beat about his latest collection.

Suspects and motives abound.  The world of modelling may look glamorous but it is hot-bed of ambition, jealousy, greed and back-stabbing, in short just the kind of book I enjoy.

As Angela Costello works her way through the hot-bed of gossip and rumour, she uncovers theft, drug-addiction, prostitution and imprisonment.

The writing is crisp and the story moves along at a good pace. This is Angela’s second case since her promotion to Detective Inspector and she is gaining confidence. Supported by Patrick, her husband, she is moving from strength to strength.  Elizabeth’s first book was also set in a glamorous world that of professional Tennis. I wonder where she will take us next. I can hardly wait. Highly recommended.
------
Reviewer: Lizzie Hayes 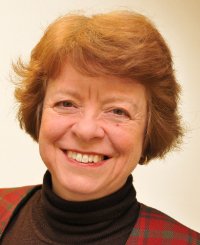