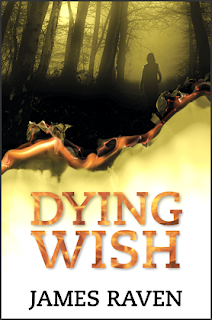 Grant Mason was delighted with the turnout for the launch of his latest book, A Hiker’s Guide to the new Forest. Aware that his books appealed to only a small, niche audience, he was delighted that his five books published over a number of years had made him synonymous with his beloved New Forest. Getting to his feet to address his audience he began to feel distinctly unwell. His long –serving PA Hilary Dyer accompanies him in the ambulance. Aware that he was having a heart attack he asked Hilary to do one thing for him in the event of his death.

Although DCI Jeff Temple is handling a case concerning a missing couple Bob and Rosemary Hamilton who have been missing for five days, he makes time for Hilary Dyer, who was a friend of his late wife Erin.  Hilary is concerned by the bizarre request made by Grant Mason just before he died.  Wanting  to be loyal to her friend Grant, but deeply troubled by his request, she asks Jeff what she should do. She had visited Grant’s house earlier that day and all looked to be in order, so why, she asks Jeff, did Grant ask her to burn his house down with everything in it!

The result of Jeff offering to take a look at the Grant’s house  for her sets off a chain of events of horrifying proportions. With his search for the missing couple and the horror that he has unearthed Jeff has his for work cut out to find  a deranged killer.

In this book as with his previous one Random Targets, James Raven creates a situation that is the stuff of nightmares, but a most compelling, interesting and fascinating one. If there is a message in this book, it is ‘Remember people are not what they appear on the surface’. And beware!
Highly recommended.
------
Reviewer: Lizzie Hayes

James Raven has been a journalist for most of his working life. After reporting for local, regional and national newspapers he moved into television as a news scriptwriter. He then worked his way up to become Director of a UK News Division. He now runs his own TV production company. James spends much of his time writing and travelling. He is also an accomplished magician. He is the author of a number of books including After the Execution, Malicious, Rollover, Stark Warning, Urban Myth, Red Blitz and Arctic Blood.