‘The Axe Factor’ by Colin Cotterell 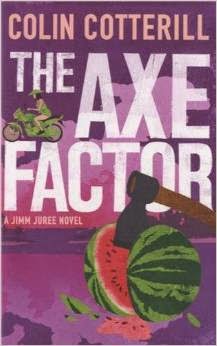 Jimm Juree is an ace crime reporter, but when there are no ace crimes to report she is the cook and mainstay of her dysfunctional family at the resort in Thailand run as a family business, and Jimm's crazy family takes the term dysfunctional to a whole new level. Jimm's editor sends her to interview crime writer Conrad Coralbank for a feature article. Conrad's Thai wife has mysteriously disappeared and his servant takes Jimm aside to warn her that Conrad is dangerous, but that does not prevent Jimm from jumping into bed with him, even though, on their first meeting, he greets Jimm whilst wielding an axe. Most girls think twice about accepting an invitation to view a man's axe collection, but not Jimm. At the same time, Jimm is asked by the nurse at the local clinic to hunt for the clinic's doctor, Dr Somluck, who left to attend a conference and disappeared after accusing a powerful firm that sells powdered baby milk formula of corrupt practices.

As Jimm investigates the mystery of the missing doctor, her eccentric family investigate the mysterious crime writer, and soon Jimm finds herself in very imminent danger of discovering just how sharp an axe can be.

The Axe Factor is the third in the Jimm Juree series. It is a book in which the action is fast, funny and outrageous and Jimm is the ultimate unreliable narrator. It is also very clever, with tension amidst the laughter and some superb plot twists. It is an enjoyable book and one in which the reader can honestly say, 'I didn't see that coming.'
------
Review by Carol Westron 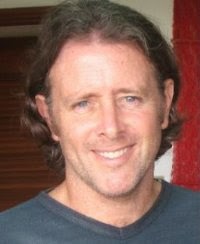