‘Race to Death’ by Leigh Russell 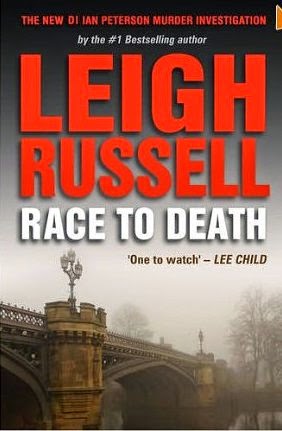 The acceptance of a promotion to Detective Inspector finds Ian Peterson living in York – a far cry from Kent where he had worked under DI Geraldine Steel.  Whilst Ian would have accepted a posting in any part of the country his wife Bev is less than enthusiastic, as it has meant her leaving her family.

A death at the racetrack is at first thought to be a suicide, but certain things don’t add up and Ian  suspects that it may turn into a murder enquiry. Supposedly reliable witnesses to the death seem to be oddly unavailable. The more Ian delves the less the reported events leading to the death seem to stack up.  But his new boss Detective Chief Inspector Eileen Duncan is not interested in the anomalies. Seems a straightforward case she says ‘so we should be able to wrap it up quickly.’

But this is no straightforward case.  There is a killer out there, one who actually warns his victims that he is going to kill them.  Can Ian piece together the jigsaw and find this killer before there are many more victims.

Leigh Russell weaves a fascinating tale that had me completely foxed. Whilst the mystery is tantalising the characters also fascinate, so clearly are they drawn.  And not only is the reader drawn into the lives of the victims but also those of the pursuers. But most sharply delineated is the relationship between Ian and his somewhat petulant wife, the fragile beautiful Bev who demands constant attention from her husband seeming to have no understanding of his job and what it entails.

This is the second  book in this new series and I am interested as to how it will develop. I eagerly look forward to the next instalment.  Highly recommended.
------
Reviewer: Lizzie Hayes 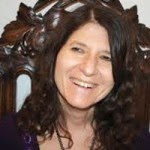 Leigh Russell studied at the University of Kent gaining a Masters degree in English and American literature. A secondary school teacher, specialising in supporting pupils with Specific Learning Difficulties as well as teaching English, Her first novel, Cut Short, was published in 2009, followed by Road Closed in 2010, Dead End in 2011, Death Bed in 2012 and Stop Dead in 2013, all featuring Detective Geraldine Steel. Cold Sacrifice the first in a new series featuring Ian was published in 2013. Leigh Russell is married with two daughters and lives in Middlesex.