‘The Boyfriend‘ by Thomas Perry 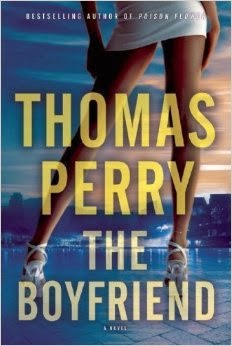 The protagonist and his adversary in this newest terrific, suspenseful read from Thomas Perry have many similarities:  Both Jack Till, retired LAPD homicide detective now working as a private investigator, and the man he nicknames The Boyfriend are both highly intelligent, patient, meticulous, proficient with various kinds of weaponry, and very lethal.  Mostly they are both loners.  Till, however, has a daughter with Down Syndrome of whom he is very protective.  His wife had left them and divorced him shortly after she was diagnosed, unable to cope.  Holly is now 28 years old, employed at a florist shop and living in a group home where she is well looked after.  Till had retired after 23 years as a cop, and now embarks upon a relentless search for a killer.

The man Till is seeking is completely cold-blooded.  He preys upon young, beautiful women, all of a very similar physical type, and all ‘working girls,’ albeit highly-paid escorts earning several thousand dollars a day, as opposed to streetwalkers.  And all very vulnerable to the young, good-looking charmer, to their peril.  He has apparently killed several of them in all different parts of the country.  He has come to Till’s attention when the parents of the latest victim seek his help, when the police have, literally, no clues as to his identify.  He agrees to take the case and undertakes the investigation, and soon uncovers the connection to the other murders.  After 23 years as a cop, he “had an instinctive sense that this man was something he hadn’t seen before.”

Thomas Perry is the author, among his 21 previous books, of the wonderful Jane Whitefield series, and his newest is as much a page-turner as were those novels.  He manages an ending that is wonderfully elegant.  This was a terrific read, and is highly recommended.
------
Reviewer: Gloria Feit

Thomas Perry was born in Tonawanda, New York in 1947. He received a B.A. from Cornell University in 1969 and a Ph.D. in English from the University of Rochester in 1974. He has worked as a park maintenance man, factory labourer, commercial fisherman, university administrator and teacher, and a writer and producer of prime time network television shows.  Perry is the author of 20 novels including the Jane Whitefield. He won the Edgar for The Butcher’s Boy, and Metzger’s Dog was a New York Times Notable Book. The Independent Mystery Booksellers’ Association included Vanishing Act in its “100 Favourite Mysteries of the 20th Century,” and Nightlife was a New York Times bestseller.  He lives in Southern California.
http://www.thomasperryauthor.com 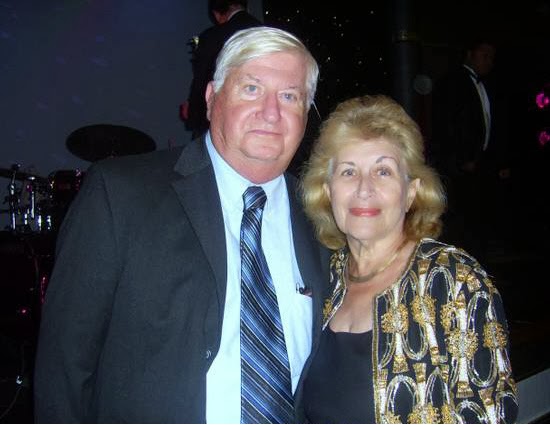 Ted and Gloria Feit live in Long Beach, NY, a few miles outside New York City.  For 26 years, Gloria was the manager of a medium-sized litigation firm in lower Manhattan. Her husband, Ted, is an attorney and former stock analyst, publicist and writer/editor for, over the years, several daily, weekly and monthly publications.  Having always been avid mystery readers, and since they're now retired, they're able to indulge that passion.  Their reviews appear online as well as in three print publications in the UK and US.  On a more personal note: both having been widowed, Gloria and Ted have five children and nine grandchildren between them.
Posted by Lizzie at 14:44