‘Down in New Orleans’ by Heather Graham 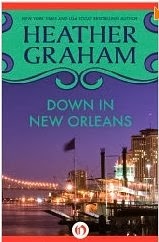 Ann and Jon Marcel are divorced, but unlike many divorced couples they are not just on good terms but are good friends. Jon, an outstandingly talented artist based in New Orleans, has even found premises for Ann, a shop with a flat above so she can run the shop as a card and craft shop and also find time for her own painting. But one night, Jon staggers into her flat and mumbles ‘I didn’t do it’. ‘It’ is the murder of the stripper Gina L’Aveau, one of several strippers and prostitutes who have modelled for Jon in a series of paintings entitled ‘Red Light Ladies’. The police, particularly Lieutenant Mark LaCrosse, see Jon as the prime suspect. But Jon himself has been seriously wounded and taken into intensive care and so cannot account for what happened; the police believe that Gina fought to save her life although the murder weapon cannot be found. However, Ann believes that it would have been totally out of character for Jon to have murdered anyone. In order to clear her husband’s name Ann has to explore not only the tawdry world of New Orleans strip clubs but also the mysterious and shadowy environment of the bayous and voodoo rituals. At the same time the initial attraction that she and Mark feel for one another seems to be growing into something more substantial - but that is as fraught with danger as Ann’s quest to save her husband from the electric chair.

I rather enjoyed this book and do recommend it. The author’s description of New Orleans and the bayous are vivid and realistic while the plot moves along at a brisk pace and the portrayal of the strippers whom Jon painted is sympathetic. It is an example of something rare in British crime fiction - the one-off story. It is in fact a romantic suspense story, of which there are more in US crime fiction. Consequently there is a certain amount of ecstatic sex but I can assure readers who find That Sort of Thing tedious that it can be skimmed as it does not contribute to the plot ie the mystery of who actually did kill Gina L’Aveau . . . which is a real surprise.
------
Reviewer: Radmila May 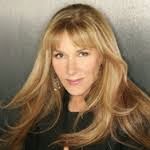 Heather Graham Pozzessere  was born March 15th 1953 in Miami-Dade County, Florida. USA, She attended the University of South Florida. She is a best-selling US writer, who writes primarily romance novels. She also writes under her maiden name Heather Graham as well as the pen name Shannon Drake.