Detective Inspector Geraldine Steel faces her sixth case in Fatal Act. The dramatic death of a young glamorous soap star in a car crash in the early hours of the morning is the beginning of this investigation.  The death is fraught with complications starting with the disappearance of the driver of the second car involved in the death who has apparently survived a horrific collision unhurt.   Another death of a young actress follows, also with the killer achieving a miraculous disappearance.
Geraldine has an effective sergeant’s assistance but her relationship with her boss is a difficult one.  Through dogged persistence she eventually finds the end of the cord to pull to unravel what has happened.   All hinges on the motivation of the killer and the danger he presents comes surprisingly close to home.   Psychological factors are very important though a preference for the obvious suspect from her superiors makes Geraldine’s efforts  more complicated.
Geraldine is, as you would expect in such a testosterone-filled environment, a steely character but she is, on occasion, forced to doubt her own instincts.  Factors in her private life are sketched in lightly. The story is exciting and also shows the grunt work needed by the police when they try to track down such a peculiar killer.

There is no need to have read the previous books - this one, while referencing some previous events and relationships stands alone as an investigation, and is highly recommended.
------
Reviewer: Jennifer S. Palmer
Leigh Russell started this series with Cut Short and has 5 other books featuring Geraldine.  She also published the first title of a new series, Cold Sacrifice, with DI Peterson in 2013. 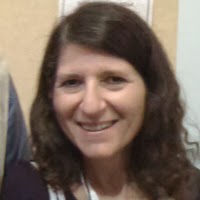 Leigh Russell studied at the University of Kent gaining a Masters degree in English and American literature. A secondary school teacher, specialising in supporting pupils with Specific Learning Difficulties as well as teaching English, Her first novel, Cut Short, was published in 2009, followed by Road Closed in 2010, Dead End in 2011, Death Bed in 2012 and Stop Dead in 2013, all featuring Detective Geraldine Steel. Cold Sacrifice the first in a new series featuring Ian Peterson was published in 2013. Leigh Russell is married with two daughters and lives in Middlesex. 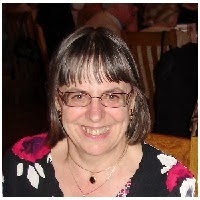 Jennifer Palmer  Throughout my reading life crime fiction has been a constant interest; I really enjoyed my 15 years as an expatriate in the Far East, the Netherlands & the USA but occasionally the solace of closing my door to the outside world and sitting reading was highly therapeutic. I now lecture to adults on historical topics including Famous Historical Mysteries.