‘The Swedish Girl’ by Alex Gray 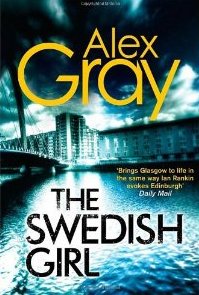 Scandinavian blue eyes, silver blond hair, wealthy and gorgeous, Eva Magnusson is the golden girl – the one the girls want to be like, and the boys want to bed.  When Kirsty Wilson gains a place in the luxury flat owed by Eva she cannot believe her good fortune. The other flatmates are three guys Gary, Colin and Rodge

The story starts in July when Eva views the flat with her father Henrik Magnusson. We then learn of the lives of the four flat mates as they take up residence at the start of the university term in September. But in December when Kirsty returns to the flat one evening she finds Eva dead.

Detective Superintendent Lorrimer is called to the incident and finds his friend pathologist Dr Rosie Fergusson  is the on-duty pathologist.  Eventually the police charge one of the male flatmates, but Kirsty doesn’t believe that he is guilty and tells her father Detective Sergeant Alistair Wilson of Strathclyde police, but he is unconvinced. Can she persuade Lorrimer that they have the wrong man.

There are many undertones to this book. What exactly was Henrik Magnusson relationship with his daughter?  And why did he select three young males as her flat mates, along with home-making Kirsty, no match for a girl like Eva. And elderly neighbour Derek McCubbin trying to avoid living with his daughter – what does he know?

Although not convinced by Kirsty Wilson’s stoic belief in the innocence of her flatmate Lorrimer calls on his friend Solly Brightman, to help him find the truth behind the enigmatic Eva.

The discovery of a second body calls into question whether they do have the right man. Compulsive reading, as Lorrimer attempts to discover the truth behind Eva’s death.

This is a gripping entry in this acclaimed series, not just because the mystery is tantalisingly complex, but because for followers of this series, we again enjoy meeting with the personal aspect of Lorrimer’s life with his wife Maggie. This book is highly recommended.
------
Reviewer: Lizzie Hayes
Previous books are: Never Somewhere Else, A Small Weeping, Shadows of Sounds, The Riverman, Pitch Black, Glasgow Kiss, Five Ways to Kill a Man, Sleep Like the Dead, A Pound of Flesh. 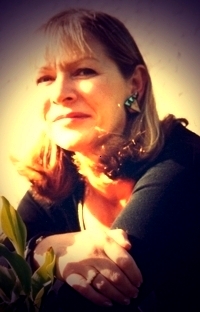 Alex Gray born 27 May 1950, Glasgow, is a Scottish crime writer. She was brought up in the Craigbank area of Glasgow and attended Hutchesons' Grammar School. She studied English and Philosophy at Strathclyde University and worked for a period in the  Department of Heaklth & Social Security before training as an English teacher. In 1976 she lived in Rhodesia for three months, during which time she got married, and she and her husband returned to Scotland. She continued teaching until the 1990s, when she gave the profession up and began to write full-time. Alex is a member of the Femmes Fatales crime writing trio, together with Alanna Knight and Lin Anderson .She has published six novels, all set around Glasgow and featuring the character of Detective Chief Inspector Lorimer and his psychological profiler Solomon Brightman, the earlier novels being published by Canongate and later books by Little Brown. She has also written several magazine articles.
Posted by Lizzie at 10:03