‘Hit Me’ by Lawrence Block

This is the latest in the series featuring Keller the Hit Man. Don’t let his profession put you off. He’s really a nice guy. It’s just that he kills people for a living in return for payment. Oh, and anyone else who might get in his way when he’s doing it. There’s no unnecessary blood and gore. No sadism. It’s just a job to be carried out as quickly and efficiently as possible. Suffering isn’t on the agenda.

However, in Hit Me, Keller has in fact retired. He’s acquired a wife (Julia) and a baby (Jenny) and relocated from New York to New Orleans, post Katrina, where he’s found work as a builder. He even has a new name. Nicholas Edwards. But, out of the blue, he gets a call from his erstwhile agent, Dot. There is a little job in Dallas she would like him to clear up! He goes. Then there are trips to Denver to kill a monk, a cruise to the West Indies, a return New York (will someone recognise him in his old stamping ground?) and suddenly he is back in the game.

But then, in the last chapter sees him ordered to kill a 14 year old boy who is an ardent stamp collector and thereby is a snag.  You see, most of Keller’s time is taken up with his lifelong hobby - philately. It is a consuming interest for him which in most people’s eyes makes him a nerd. But the profession needs young blood so will he do it or will this dilemma finally put an end to his lawless career, whereby he swaps the Black Arts for a Penny Black?

There is so much humour in Lawrence Block’s books that you never want them to finish and this one is no exception. And if you are interested in stamp collecting yourself, you could learn a lot from this book. As for myself, I am waiting in the constant hope that he will resurrect his other favourite character, Matt Scudder.
------
Reviewer: Ron Ellis 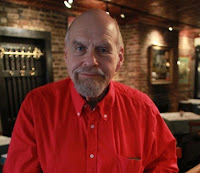 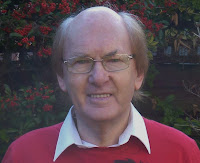 Ron Ellis. Writer, Broadcaster and Photographer, Ron is the author of the popular series of crime novels set on Merseyside featuring Liverpool radio D.J./Private Eye, Johnny Ace.
He also writes the D.C.I. Glass mystery series. As well as his fiction titles, Ron has written 'Southport Faces' a social history of the town seen through the eyes of 48 of its best-known residents. His 'Journal of a Coffin Dodger', the hilarious adventures of an 84 year old playboy, has been serialised on BBC Radio and poems from his collection of poetry, 'Last of the Lake Poets', have won several nationwide competitions. During the 1980's, he conducted over 192 interviews with friends and relatives of John Lennon for Albert Goldman's biography, 'The Lives of John Lennon'.
Ron writes the football reports for the Southport Champion and is also their theatre and arts reviewer as well as being a regular contributor to magazines such as Lancashire Life.
Posted by Lizzie at 15:53