‘Out of Sight Out of Mind’ by Evonne Wareham

Madison Albi is a young woman who has known great grief and who conceals a deep secret. The grief is through the murders of her parents when she was a child and, more recently, the suicide of her fiancé. All these deaths were hard to understand. Why were her parents the innocent victims of an inexplicable drive-by shooting? Why hadn't Madison realised that her fiancé was so depressed? Madison also has a secret. She is a scientist, working at a lab that deals with the senses and her speciality is telepathy, but no one knows how great her mind-reading gift actually is.

Going home alone from a fund-raising event, Madison feels the pull of a mind; another person who has her sort of gift. She tracks the feeling to a man a few years older than herself. He's a vagrant, lying in a filthy alley, dirty, malnourished and injured after a beating. Against all sense and reason, and ignoring the protective barrier she has erected around herself, Madison takes the man home with her. Cleaned up he proves to be an attractive and intelligent man, but there's a major problem, he is suffering from amnesia and cannot remember anything about himself, not even his name. The only thing that seems familiar is the letter 'J' and so Jay becomes his name until Madison can break through the barriers in his mind and discover the truth behind his amnesia.

Jay agrees to help with Madison's research if she will help him regain his memory. They become lovers and, despite Madison's concern about her professional integrity, she is happier than she has been for years. Their minds fit together and soon they can read each other's thoughts, but the nearer they come to discovering the truth the greater the danger that threatens to engulf them both.

Out of Sight Out of Mind is a romantic suspense novel and supplies both commodities in a very successful blend. The characters are likeable, with enough frailty and flaws to make them interesting. The danger is very real and threatens to engulf them and the tension and mystery are maintained throughout the book, escalating as the danger becomes clear. This is a page-turner and a very enjoyable read.
------
Reviewer:  Carol Westron 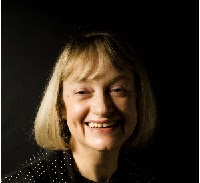 Evonne Wareham was born in South Wales and spent her childhood there. After university she migrated to London, where she worked in local government, scribbled novels in her spare time and went to the theatre a lot. Now she’s back in Wales, writing and studying history and living by the sea.Evonne writes romantic thrillers. Her debut book Never Coming Home won an award from the Romantic Novelists’ Association. Her latest book Out of Sight Out of Mind was published February 2013. 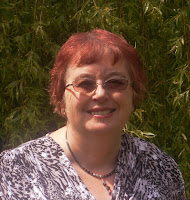