Not sure what you are all up to.  But I am siting here in the garden in brilliant sunshine working away on the Mystery People September issue with a glass of chilled Prosecco. My lovely partner is firing up the BBQ, and while it heats up he is making a salad - what more could a girl ask for.  OK a good book and here is a review by Joanna Leigh of The Stolen Ones by Richard Montanari. 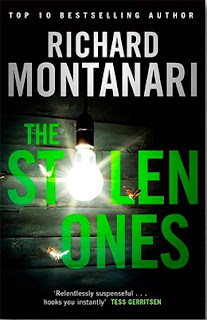 ‘The Stolen Ones’ by Richard Montanari
Published by Sphere,
18 July 2013.
ISBN: 978-0-7515-4929-4
Written by American Richard Montanari, this story combines the pace and comforting cliches of a traditional US crime thriller with the sophisticated psychological twists and turns more associated with recent Nordic murder mysteries. It is not hard to see why Montanari's novels have been published in more than twenty-five languages. Although it took a while to get into, it then became un-put-down-able.

In the very first chapter, the reader encounters the murderer, although his identity is not revealed until much later. However, as Philadelphia Detective Jessica Balzano and her partner Kevin Byrne quickly realise, this is not so much a whodunnit as a why-dunnit. The crimes are so extravagant and symbolic that opportunism is quickly dismissed. The question, then, is what connects the victims with each other, and with the disparate and unusual ways in which they meet their ends.

And murder is not the only crime committed in this novel; child abuse and abduction also feature, making this not a novel for the squeamish. Skirting the line between gruesome and disturbing, the graphic details are, thankfully, few and far between - and the novel is far more eerie for relying on what is implied.

Even as Jessica and Kevin make the connections they need to break the case, the murderer becomes ever more audacious and, despite their best efforts, he seems able to fade into the shadows and avoid the police at every turn. Pressure on Jessica and Kevin grows and, supported by some pleasingly detailed police procedural activities (although hindered by the ruthless elimination of witnesses), they try to close the net. 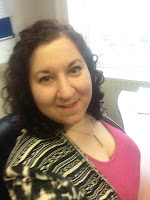