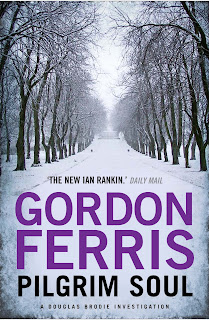 The third book in the series featuring Douglas Brodie, ex-policeman, turned journalist, find him living in Glasgow with Samantha Campbell in the winter of 1947- the worst winter in living memory.

Short of money, when a member of the Jewish community asks Brodie to solve the matter of a number of burglaries about which the police don’t seem to care, he accepts the job. He tracks down the perpetrator relatively easily. Then the thief is found dead, killed by the owner of house he was robbing. But it doesn’t stop there. Soon Brodie is aware that matters are escalating.  A second killing complicates everything.

The appearance of Danny McRae, from Brodie’s days on the police force, only adds to Brodie’s unrest. As Brodie digs deeper, he realises that this was never a case of simply burglaries, but something that dates back to the war.

Incredibly atmospheric and gripping this book will keep you avidly turning pages, as the story takes unexpected twists.  The writing is marvelous with some wonderful descriptive turns of phrase  ‘Hogmanay rolled across Scotland like a minor Black Death, leaving bodies strewn in it’s wake.’  Highly recommended.
------
Reviewer: Lizzie Hayes 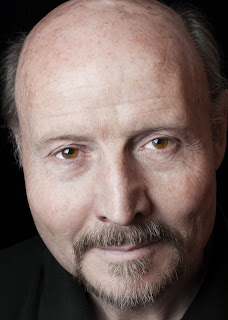 Gordon Ferris was born and bred in Kilmarnock. After school where he enjoyed writing and rugby he took a job working for the Ministry of Defence, procuring guided missiles and a tactical nuclear weapons system, before moving to global accountancy firm Price Waterhouse, making partner in seven years. But something inside was calling him back to writing. On a long haul flight with a laptop and hours to kill, he began the internal journey that led to Truth Dare Kill and its sequel The Unquiet Heart. With the launch in early 2011 of the first 'Brodie' book - The Hanging Shed , which was followed by Bitter Water. Pilgrim Soul is his latest book

http://www.gordonferris.com/
Posted by Lizzie at 10:47