‘All I Did Was Shoot My Man’ by Walter Mosley 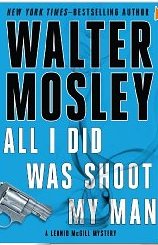 Leonid Trotter (“LT”) McGill is a 55-year-old African-American man, a former boxer, con man, fixer and over-all reprobate turned [relatively honest] PI is one of the more unusual characters in mystery fiction. Married, he has little if anything to do with his wife.  As far as his three children are concerned, he acknowledges that two are not his, but he loves and nurtures all.  His collection of friends and associates are as unconventional as he is.  And so are the books in the series, all somewhat bizarre but very enjoyable.

The plots of the series books, while intricate and complicated, tend to be odd.  And the present installment is no different.  In the past, LT framed a young woman who shot her boyfriend three times, when she came home to find him in bed with her best friend.  Since she was destined to go to jail anyway, he planted evidence in her locker of complicity in a $548 million heist from an insurance company.  Some years later, LT finds the “false” information that led to her conviction following which his lawyer gets her released from prison. As a result, a number of events take place, including an attempt on LT’s life, along with the murders of several others.  Of course, it’s up to him to solve the case.

Written in a style that sometimes defies belief, the complexity and insight of the novel and, especially, the LT character, are overwhelming.  With each book, development of LT as a person deepens, and the reader gains substantial knowledge of the man.
Highly recommended.
------
Reviewer: Ted Feit 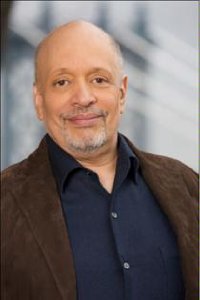 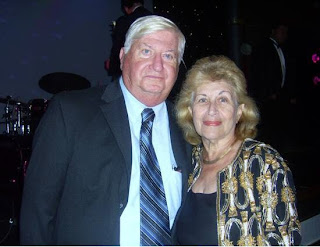 Ted and Gloria Feit live in Long Beach, NY, a few miles outside New York City.  For 26 years, Gloria was the manager of a medium-sized litigation firm in lower Manhattan. Her husband, Ted, is an attorney and former stock analyst, publicist and writer/editor for, over the years, several daily, weekly and monthly publications.  Having always been avid mystery readers, and since they're now retired, they're able to indulge that passion.  Their reviews appear online as well as in three print publications in the UK and US.  On a more personal note: both having been widowed, Gloria and Ted have five children and nine grandchildren between them.
Posted by Lizzie at 19:46