‘Watch Me Die’ by Erica Spindler 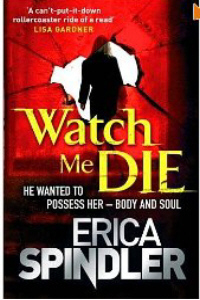 In the wake of hurricane Katrina, Mira Gallier lost her husband and her life as she knew it.  Still being labelled as a murderess by her husband’s family, and continuously fighting their accusations, she stays in New Orleans and tries to rebuild her life through her artistic skills and her business.  Focusing on helping the city reconstruct itself in the only way she knows how, she uses her talents in glass working to help restore a church to its former glory.  When Father Girod, who solicited her help in renovating his church, is killed and the stained glass is defaced during his murder, Mira is dragged into a series of deaths, all of which are associated with her and her past.

People who cross her start turning up dead, with clues which appear to implicate her.  Worse still an old friend, Connor, reappears who may be connected somehow with the murders and who reignites old feelings and questions about her husband and his death.  The police do not appear to be open minded about the deaths and one detective seems actively to want to find Mira guilty regardless of the evidence.

Throughout the narrative there are a series of short insights into the murderer’s thinking and background.  This is a device which can sometimes be clumsy and get in the way of the flow of the writing, but in this case it only heightens the suspense as you come to the climax of the story.  It can also spoil an ending in a whodunit like this, but despite giving this information away, Erica Spindler still creates a twist in the tale which is not flagged too overtly.

This is a taught crime thriller, written in the effortless style which Erica Spindler carries off so well.  The characters are not just a part of the mystery, but have a narrative to ensure that they have more dimensions along the main storyline.   There is a romantic thread underpinning the crimes, along with vengeance and a little madness which gives it an element of uncertainty and supports the suspense, but does not get in the way of the main mystery storytelling.

A good read which is hard to put down.
-----
Reviewer: Amanda Brown. 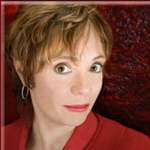 Erica Spindler was raised in Rockford, Illinois, Erica had planned on being an artist, earning a BFA from Delta State University and an MFA from the University of New Orleans in the visual arts. In June of 1982, in bed with a cold, she picked up a romance novel for relief from daytime television. She was immediately hooked, and soon decided to try to write one herself. She leaped from romance to suspense in 1996 with her novel Forbidden Fruit, and found her true calling. Her novel Bone Cold won the prestigious Daphne du Maurier Award for excellence.
Erica lives just outside New Orleans, Louisiana, with her husband and two sons and is busy at work on her next thriller
Posted by Lizzie at 23:29