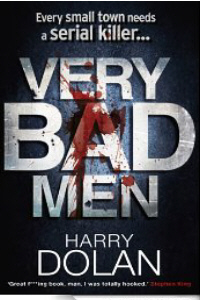 This second novel from the author of the acclaimed Bad Things Happen, his writing debut, has no ‘sophomore book’ problems. Very Bad Men immediately engages the reader, and one is quickly drawn into this compelling tale of murder, specifically, the murder of two men who were part of a bank robbery seventeen years ago, and the attempted murder of a third.  All three men had been convicted, and served jail time of varying lengths.  But what could be the motive?  These three men had not seen nor contacted one another in all the intervening years.  And the killer – for his identity is quickly revealed – is not a cool, professional hit man; that is immediately made clear.

David Loogan, the editor-in-chief of a mystery magazine, receives, in a plain, unmarked envelope, what at first glance appears to be a manuscript, only several pages long, bearing no signature, the first line of which reads “I killed Henry Kormoran .Loogan,” who lives with his ‘significant other,’ Elizabeth Waishkey, an Ann Arbor, Michigan, detective, and her precocious 16-year-old daughter, ultimately begins a kind of parallel and unofficial investigation.

Each character in the novel is wonderfully well-drawn.  These include the killer, who suffers from synesthesia, a rare affliction which results in a confusion of the senses, with words taking on dimensions far beyond their ‘normal’ printed appearance, according to his emotional reaction to them; Lucy Navarro, a young and rather endearing reporter, who comes up with a bizarre theory of the motive for the crimes; assorted politicians and their ‘handlers, among others.  The writer invokes some wildly disparate images: Occam and his razor, Aristotle, jazz musician Charlie Parker; mystery authors Dennis Lehane and Michael Connelly; and a theme:  “We all want to be known.  To be seen for who we really are.”  There are carefully placed, and easily missed clues, and startling and unexpected twists in this rather complex and engrossing novel, which is recommended.
-----
Reviewer: Gloria Feit 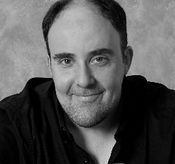 Harry Dolan graduated from Colgate University, where he majored in philosophy and studied fiction writing with the novelist Frederick Busch. He earned a master's degree in philosophy from the University of North Carolina at Chapel Hill and currently works as a freelance editor. 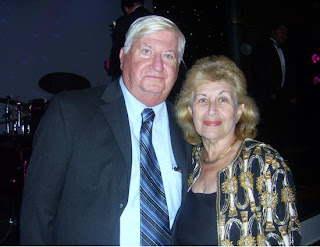 Ted and Gloria Feit live in Long Beach, NY, a few miles outside New York City.  For 26 years, Gloria was the manager of a medium-sized litigation firm in lower Manhattan. Her husband, Ted, is an attorney and former stock analyst, publicist and writer/editor for, over the years, several daily, weekly and monthly publications.  Having always been avid mystery readers, and since they're now retired, they're able to indulge that passion.  Their reviews appear online as well as in three print publications in the UK and US.  On a more personal note: both having been widowed, Gloria and Ted have five children and nine grandchildren between them.
Posted by Lizzie at 13:48