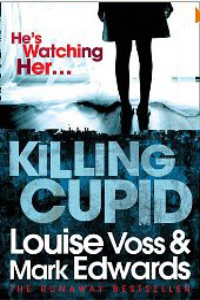 This story starts opens with the graphically described murder of a woman being pushed to her death from the top of a fire-escape; by the end of the first page the book had me completely hooked. And then the story begins.   Siobhan is a creative writing teacher; Alex is one of her students. Alex falls in love with Siobhan, the love isn’t reciprocated and here the stalking begins-creepy, sometimes amusing, but all very unsettling. And then the story moves on, and in ways one would never expect. That probably is as much as I will reveal about the plot as to do any more would be to give too much away. What I will say is I read it very quickly because I couldn’t put it down.

It is written from two different viewpoints- that of Alex and that of Siobhan, which in itself is unique. One knows of other working partnerships such as Nikki French, the husband and wife who write as a team, however their prose are written together -whereas Voss and Edwards have written clear, and separate voices in alternating chapters from Alex or Siobhan’s view-point, and put them together to weave a first class story.

The story is full of suspense and totally unsettling; just as you think you know what is going to happen, the story makes an about turn and goes off in a completely different direction. Their journey will take you across Europe into Amsterdam and then back to London. It has a nice balance of dark humour, a lot of pace, and more twists than a packet of liquorice aniseed, plus a climax that I guarantee will be totally unexpected. This is their second book as a team; I look forward to many more.
----
Reviewer: Linda Regan
www.lindareganonline.co.uk

Louise Voss and Mark Edwards met after Louise saw Mark on a TV documentary about aspiring writers, and a writing partnership was born.  Their first two thrillers, Killing Cupid and Catch Your Death, were huge hits when the pair self-published them online, becoming the first UK indie authors to reach No. 1 in both the Amazon Kindle and Amazon Fiction charts. They are currently working on the sequel to Catch Your Death. 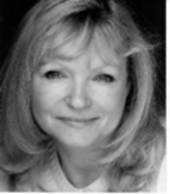