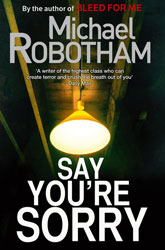 Piper Hadley and Tash McBain disappeared from their homes in Bingham on the last Saturday of the summer holidays. Despite exhaustive searches by local people, police helicopters, and sniffer dogs, no trace of either girls has been found.

We pick up the story three years after the girls disappearance.  Clinical psychologist and profiler, Joe O'Loughlin is in Oxford to give a talk at a mental health symposium. Whilst in Oxford he is contacted by DCI Stephen Drury who is investigating a husband and wife killing. Reluctantly Joe agrees to visit the crime scene.   DCI Drury has a suspect, twenty-five year-old Augie Shaw, a local boy who is only 9 pence to the shilling.  When Joe realises that the killings took place at the former home of Tash McBain he suspects a link to Tash’a abduction – or as was suspected at the time, did Tash just runaway with her friend Piper?

The story is told in the first person from the diary of Piper Hadley; And by Joe O’Loughlin, who suspects a connection between the recent killings and the Tash and Piper.  Follwoing his hunch, he attempts to piece together just what happened to Tash and Piper. We learn from Piper’s diary the circumstances in which the two girls are imprisoned, the abuse inflicted on them, their constant fear, and the background to the lives of the two girls.  Tash has managed to escape and promised to come back to release Piper, but as the days past and no rescue materialises, Piper realises she is now on her own.
The first person narrative makes this story very powerful as it gives an immediacy to the abuse and suffering of Piper. Even as I read I was waiting for the trapdoor to open and ……

For Joe O’Loughlin time is also of the essence but for a different reason. As more information comes to light, the story of Tash and Piper’s last hours of freedom produce many suspects, but they don’t tell the whole story because the abductor is devious, clever, and very dangerous. The story builds to a stunning climax.  Highly recommended.
-----
Lizzie Hayes 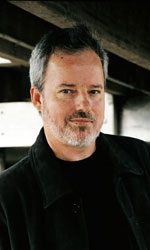 Michael Robotham was born in Australia in November 1960, he grew up in small country towns that had more dogs than people and more flies than dogs. He escaped in 1979 and became a cadet journalist on an afternoon newspaper in Sydney. For the next fourteen years he wrote for newspapers and magazines in Australia, Britain and America. As a senior feature writer for the UK’s Mail on Sunday he was among the first people to view the letters and diaries of Czar Nicholas II and his wife Empress Alexandra, unearthed in the Moscow State Archives in 1991. He also gained access to Stalin’s Hitler files, which had been missing for nearly fifty years until a cleaner stumbled upon a cardboard box that had been misplaced and misfiled.
In 1993 he quit journalism to become a ghostwriter, collaborating with politicians, pop stars, psychologists, adventurers and show business personalities to write their autobiographies. Twelve of these non-fiction titles were bestsellers with combined sales of more than 2 million copies.
His first novel The Suspect a psychological thriller, was chosen by the world’s largest consortium of book clubs as only the fifth “International Book of the Month”, making it the top recommendation to 28 million book club members in fifteen countries. It has been translated into twenty-two languages, including some he's barely heard of. His second novel Lost' won the Ned Kelly Award for the Crime Book of the Year in 2005, given by the Australian Crime Writers Association. It was also shortlisted for the 2006 Barry Award for the BEST BRITISH NOVEL published in the US in 2005. Michael's subsequent novels The Night Ferry and Shatter were both shortlisted for UK Crime Writers Association Steel Dagger in 2007 and 2008. 'Shatter' was also shortlisted in the inaugural ITV3 Thriller Awards in the UK and for South Africa's Boeke Prize. Michael can most often be found working in his 'pit of despair' (basement office) on Sydney's northern beaches where he funds the extravagant lifestyles of a wife and three daughters.