‘More Than Sorrow’ by Vicki Delany 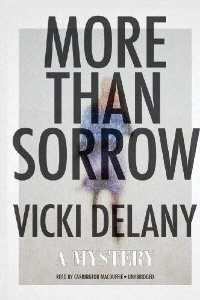 Hannah Manning, a war correspondent injured by an IED in Afghanistan, is recuperating at her sister’s farm in Prince Edward County, Ontario.   Whilst there she is plagued by memories of her life before the bomb and suffers some traumatic flashbacks and extreme headaches.  As she is recovering she meets and makes friends with an Afghan woman, Hila, who is also suffering losses and trauma from the war.  When Hila goes missing and then is found dead, Hannah cannot account for her whereabouts as her brain injuries create lapses in her mind and consciousness.

Alongside Hannah’s story runs the story of Maggie an American Loyalist who fled to Canada in the 1780s, arriving to live on the land in Prince Edward Country at a point when life was cheap and harsh.  Abused by her husband’s relatives and treated like a servant her thoughts and experiences weave throughout the main narrative, creating a parallel between the experiences of prejudice against refugees and the tough nature of working on the land.

Hannah immerses herself in the letters and diaries of the Loyalist settlers in the attic of the farm and she begins to get some hallucinations or feelings linked with Maggie and her experiences.   Along with the mystery of Hila’s death the two stories start to converge and Hannah and her niece, Lily, are dragged along with it, putting both their lives in danger.

This is a modern style gothic novel, containing some familiar elements: a mystery, an isolated location (even in modern Canada), a supernatural link, hidden treasure, some dominant male characters and a ghostly presence.  The contemporary back drop of the Afghan war and the more historical US Civil war references create a well written and researched suspense novel.   Little details, like those about running a small scale farm and the hardships of Loyalists fleeing the US, ensure that the narrative has a depth which supports both the story lines and makes the writing richer.

I have only just come across Vicki Delany, having been introduced to her Constable Molly Smith books and, incidentally, Prince Edward County this summer.  More Than Sorrow is a departure from her more traditional mystery stories, but is a nicely written and compelling read from start to finish.
-----
Reviewer: Amanda Brown. 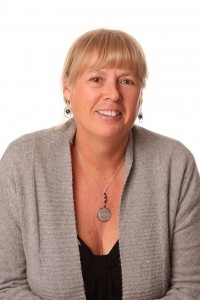 Vicki Delany began her writing career as a Sunday writer: a single mother of three high-spirited daughters with a full-time job as a computer programmer. Sunday afternoon was – and at that, only now and again – the only time she had to spend all by herself, with a single candle on her desk for a bit of atmosphere. After her three daughters, somewhat hesitantly, flew the coop, Vicki had more time to devote to her writing.  She was able to write three novels of suspense, set in Ontario, two of which, Scare the Light Away and Burden of Memory were published to critical acclaim by Poisoned Pen Press of Scottsdale, Arizona. In 2007, Vicki took early retirement from her job as a systems analyst with a major bank and sold her house in Oakville, Ontario.  At that time In the Shadow of the Glacier, the first book in a police procedural series set in the British Columbia Interior was published. After travelling around North America for a year with her dog, Shenzi, she bought a home in bucolic, rural Prince Edward County, Ontario, where she rarely wears a watch and can write whenever she feels like it. Since settling in Prince Edward County, Vicki has continued with her writing career, publishing books in three different sub-genres as well as a book for adults with low literacy skills.