‘The Other Child’ by Charlotte Link

In the seaside town of Scarborough, a student is found murdered.  No progress is made in solving the crime. When a second death ocurrs, despite the similar MO the police struggle to find a connection between the two victims.

Ambitious detective Valerie Almond is convinced that the truth lies within the family of the second victim, but is in essence stabling in the dark, unaware of the dark secret that has been hidden for more than half a century.

Although the story is set in 2008, the roots of the murder relate back to the evacuation of children from London to Scarborough in 1940, a time when there were no computers to keep track of the movement of these children, just people trying to do there best to keep the children safe from being killed by German bombs.  The description of the children arriving in Yorkshire which to children brought up in London must have seemed like another planet was heart-rending, particularly that awful selection process by the families who were taking the children in – selecting the strongest and best looking children, which eventually left a number of children no one wanted, must have scarred many of them for life.  That with hind-sight we now know that much harm was done in separating children from their parents, it was done with the best of intentions, but as the saying goes’ The way to hell is paved with good intentions’.

There are many strands to this multilayered story, full of dysfunctional but interesting characters.  Told from multiple points of view, this is a haunting tale of love, fear, cruelty and obsession. Compelling reading, The Other Child is a story that will linger with you long after you have closed the last page of the book.
------
Lizzie Hayes 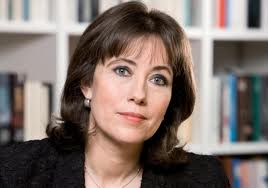 Charlotte Link was born 5 October 1963 Frankfurt am Main. The daughter of a well-known German writer and journalist, is one of the most successful contemporary German authors. Her 12 novels have sold more than seven million copies here in Germany alone. One reason for her enormous popularity is her diversity. Her works include society novels, the best-sellling trilogy "Sturmzeit" ,or "Stormy Times"as well as her series of books which are all set in rural England. Charlotte Link is married with one son.