‘Cop to Corpse’ by Peter Lovesey 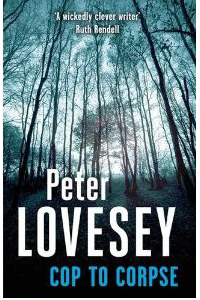 Sunday 4.00 a.m. and a gun shot sounds in the silent streets of Bath. Foot patrolman PC Harry Tasker is dead.  A call to the police brings Inspector Ken Lockton - young and new to be the Senior Officer on a crime of this magnitude, but Lockton is eager to prove himself. He does all the right things, seals the crime scene, stop points on all escapes routes, he then intelligently works out from where the sniper must have fired.  Keen to make an early arrest he sends his sergeant away. Later Lockton is found unconscious and near death.

The third killing of a police officer in Somerset in a matter of weeks.  Someone is picking off policemen indiscriminately.

Called into investigate CID Chief Peter Diamond sets out to find the killer.  But investigations stall, as Diamond cannot find any connection between the three dead policemen.  With no correlation between the three killings, Diamond asks himself is there a connection? Or, is there more than one killer? Or, is it someone who just wants to kill policemen?  The lines of enquiry he pursues are as fascinating as the mystery itself.

An intriguing entry in this excellent series.
------
Lizzie Hayes 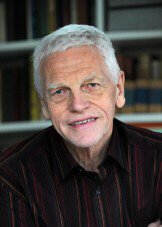 Peter Lovesey was born at home, in a suburban semi in Whitton, Middlesex, in 1936. After Hampton Grammar School, Peter went to Reading University to study Fine Art and soon switched to English. National Service followed — teaching RAF boy entrants earned him enough to get married and qualified him to teach in FE, first at Thurrock Technical College, then Hammersmith College. The last of the Cribb books, won the 1978 Silver Dagger and in 1987 The False Inspector Drew won the Gold Dagger.  The Summons (1995) and The Bloodhounds (1996) each won a Silver Dagger. In 2000, Peter was awarded the Cartier Diamond Dagger for his career in crime writing.  He Lives in Chichester.
Posted by Lizzie at 09:13