‘Hour of the Wolf’ by Hakan Nesser 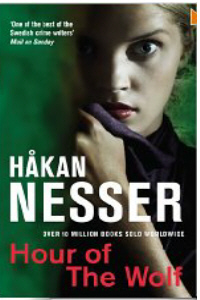 After a night out with friends a man decides that although he’s been drinking he will be OK to drive if he takes it easy.  A short time later he smashes his car into a young man – in panic he leaves the body by the side of the road and drives home.  But this incident will effect many lives, including that of Chief Inspector Van Veeteren, now retired from the Maardam police force.

This is a sobering tale, no pun intended!  But the far reaching events that follow this one error of judgement illustrate the rippling effect of initially a single bad decision that escalates beyond belief.

I couldn’t put this book down, it was mesmerising as the story unfolded from this one event.  As the incident took place late a night on an unlit relatively deserted road, the police have little to go on, but despite being retired Van Veeteren has lost none of his powers of detection.

The story is related by multiple voices but mainly the killer whose identity is unknown, and by the painstaking work of those who are seeking him.  Highly recommended.
-------
Reviewer: Lizzie Hayes 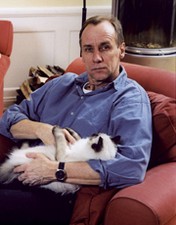 Hakan Nesser   was born February 21, 1950 and grew up in Kumla and has lived most of his adult life in Uppsala. He is a secondary level teacher. His first novel was published in 1988, but he worked as a teacher until 1998 when he became a full-time author, after having become extremely successful as a heavyweight crime writer with his Van Veeteren series. In August, 2006, Håkan Nesser and his wife Elke moved to Greenwich Village in New York. A few years later the couple packed their bags and moved to London.  His books have been translated from Swedish into 9 languages