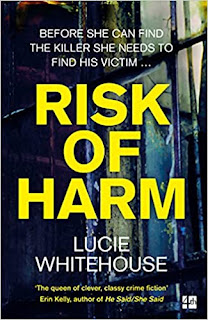 
DCI Robin Lyons returns to her home city, Birmingham, after a stint in the Met during which something went badly wrong. All is not well in her own family, either, but despite all the erratic working hours forced on her by her role in the homicide squad she has a good relationship with her teenage daughter Len. Len has survived a kidnap, thanks to the efforts of Superintendent Samir Jafferi, the man who is now Robin’s superior officer. And was once her lover.

Lyons’ new case involves the death of two young women, whose bodies are found in a disused factory which is home to street people and drug-users, not necessarily the best of witnesses. Both victims are totally, indeed disconcertingly, anonymous with nothing to distinguish them at all. No one reports them missing. They are completely off the official radar.

Good old-fashioned police practice works in counterpoint with a hate-filled media, the far-Right inciting murder and a riot in the most decorous suburb of Birmingham. Robin’s delicate relationship with her family almost cracks. But she soldiers on. And once she picks up the threads of the victims’ ID, she can at last start looking for the killer.

This is the second novel featuring Lyons, but it stands very well on its own. It’s a very good read, pacy and page-turning and always literate. The tension between the police officers’ public personae and their private concerns never slows the urgency of the investigation.  And I, for one, want to know what happens next… 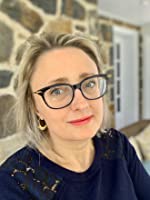 Lucie Whitehouse was born in Gloucestershire, England, in 1975. She read Classics at Oxford University and worked in publishing while writing her own first novel, The House at Midnight. She is the author of The Bed I Made, which was a TV Book Club pick; the bestselling Before We Met, a Richard and Judy Summer Book Club pick and ITV Crime Thriller Book Club selection; and Keep You Close. Her new novel, Critical Incidents, is the first in a projected trilogy of literary thrillers featuring DCI Robin Lyons and set in Birmingham, UK. Her books have been translated into thirteen languages. She now lives in Brooklyn, New York, with her husband and daughter.

Judith Cutler  was born in the Black Country, just outside Birmingham, later moving to the Birmingham suburb of Harborne. Judith started writing while she was at the then Oldbury Grammar School, winning the Critical Quarterly Short Story prize with the second story she wrote. She subsequently read English at university. It was an attack of chickenpox caught from her son that kick-started her writing career. One way of dealing with the itch was to hold a pencil in one hand, a block of paper in the other - and so she wrote her first novel. This eventually appeared in a much-revised version as Coming Alive, published by Severn House. Judith has seven series. The first two featured amateur sleuth Sophie Rivers (10 books) and Detective Sergeant Kate Power (6 Books). Then came Josie Wells, a middle-aged woman with a quick tongue, and a love of good food, there are two books, The Food Detective and The Chinese Takeout. The Lina Townsend books are set in the world of antiques and there are seven books in this series. There are three books featuring Tobias Campion set in the Regency period, and her series featuring Chief Superintendent Fran Harman (6 books), and Jodie Welsh, Rector’s wife and amateur sleuth. Her more recently a series feature a head teacher Jane Cowan (3 books). Judith has also written three standalone’s Staging Death, Scar Tissue, and Death In Elysium. Her new series is set in Victorian times featuring Matthew Rowsley.                         http://www.judithcutler.com