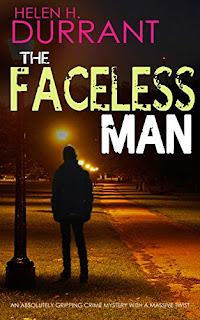 Published by Joffe Books,
25 February 2021.
ISBN: 978-1-78931-716-9 (PB)The senseless murder of a teenage boy opens a can of worms for DI Harry Lennox and DS Jess Wilde in this workmanlike police procedural. The young man has been carrying out some detective work on his own account; a board in his bedroom is filled with photographs of the victims of unsolved murders, and of three people who could be next – including one blank cut-out which they dub the faceless man.

He clearly thought the murderer was the same in each case, and Harry’s team are led to the same conclusion. The hunt is on for the killer, hampered by an apparent lack of connections between the victims, actual and potential; but no sooner do they start to make progress than a specialist investigation team from the nearby city of Manchester intervenes.

Harry’s boss refuses to let the team be pushed out, and the other detectives agree to a co-operative effort, which makes Harry all the more determined to be the first to solve the case. The result is a tense, fast-paced story, with scenes depicting developments in the investigation interleaved with episodes from the point of view of the unnamed killer, and occasional snippets which hint at a mystery in Harry’s own past.

As in Helen H Durrant’s other books, the novel’s greatest strength is the characters. Stand-outs are Harry, who is still relatively new to the patch and has plenty to prove; Jess, keen to kickstart a life of her own, away from the family home; well-organized DC Colin Vance and by-the-book Superintendent ‘Rodders’ Croft; and potential victim Lana Midani, a social media influencer with a high sense of her own importance.

This is only the second in this series, and Durrant has left herself plenty of room to develop the regular characters. The team doesn’t quite wrap up this case, though the murderer is identified; and the mystery in Harry’s past is far from resolved. A few loose ends are never a bad thing; Durrant has the knack of leaving the reader wanting more.
------
Reviewer: Lynne Patrick 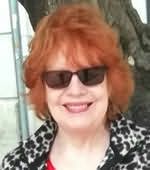 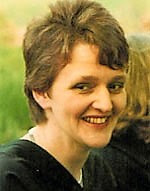 Lynne Patrick has been a writer ever since she could pick up a pen, and has enjoyed success with short stories, reviews and feature journalism, but never, alas, with a novel. She crossed to the dark side to become a publisher for a few years and is proud to have launched several careers which are now burgeoning. She lives in Oxfordshire in a house groaning with books, about half of them crime fiction.
Posted by Lizzie at 15:39