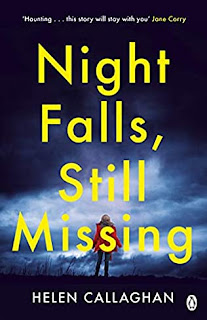 Archaeology lecturer Fiona Grey has set off from her home in Cambridge in answer to an urgent call from her lifelong friend and fellow archaeologist, Madison Kowalczyk, who has begged Fiona to drop everything and come as quickly as she can to a dig that Madison is working on in Orkney. They have very different temperaments: Madison, the child of wealthy parents, is outgoing, erratic and temperamental whereas Fiona is studious and hardworking; she now has a job as a lecturer in Cambridge while Madison is part of a team headed up by the charismatic television personality Professor Iris Barclay excavating an apparent Viking ship burial on a little island called Helly Holm. This is an archaeologically important discovery which is why it is being excavated in the middle of January when daylight only lasts for a few hours.

Fiona and Madison have been texting each other repeatedly during Fiona’s long drive up to Orkney. Madison is highly enthusiastic about their discoveries but at the same time she tells Fiona that she doesn’t feel safe. Someone has been tweeting her in a menacing way. Could it be her former boyfriend Dominic Tate, who had been convicted of stalking Madison and placed under a restraining order? But when Fiona gets to Orkney where she had been expecting Madison to meet her there is no sign of her. Nor is there any trace of Madison in the house where she had been staying nor of any of her possessions.

When Fiona contacts the other members of Madison’s team, they tell her that Madison had contacted them a few days previously to say that she thought she might be going down with flu. When she tells them that the opposite appears to be true and that Madison has disappeared, there are differing reactions. The Site Director, Iris Barclay, is concerned but hope there is a rational reason for Madison’s disappearance. The Site Supervisor, Jack Bergholm, who is charming and amusing, is more concerned A third member, Callum, is totally uninterested in what might or might not have happened to Madison and the fourth, the much younger and very junior Becky, is sullen and resentful. The police, when Fiona tells of them of Madison’s disappearance, are not over-concerned; even when Fiona tells them about the menacing tweets from Dominic.

This slow-burning thriller excels particularly in its evocation of the wild beauty of the Orkneys and the fascinating ancient monuments.
------
Reviewer: Radmila May

Helen Callaghan  was born in California to British parents and her early years were spent in both the US and UK. After several early false starts as barmaid, drama student, and nurse, she settled into bookselling, working as a fiction specialist and buyer for Athena Bookshop, Dillons and Waterstones over the next eight years. Though she loved life as a bookseller, Helen was drawn back to her studies. This decision proved to be rather a good one, and after studying for her A-levels at night school, she achieved a place to read Archaeology at Cambridge University as a mature student. Her interests include medieval cookery, hiking, running, and travel. She is fascinated by the past and can frequently be found haunting ancient monuments. She now runs her own business and lives in Cambridge.