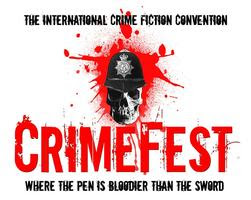 CRIMEFEST Announce 2020 Award Nominees
CRIMEFEST, one of Europe’s leading crime writing conventions, has announced the shortlists for its annual awards.
Now in its 13th year, the awards honour the best crime books released in 2019 in the UK.
New for 2020, in association with its headline sponsor Specsavers, is the Specsavers Debut Crime Novel Award. The winner will receive a £1,000 prize.
Adrian Muller, Co-host of CRIMEFEST, said: “Specsavers are passionate about the crime genre thanks to its founder Dame Mary Perkins, and their support ensures new voices in the genre will be recognised. We have really diverse awards reflecting the depth and breadth of the crime genre. Categories recognise e-books and audiobooks, humour, children and Young Adult crime fiction novels. We aim to be the most inclusive of awards to reflect the values of our convention.”

LAST LAUGH AWARD
- William Boyle for A Friend is a Gift you Give Yourself (No Exit Press)
- Hannah Dennison for Tidings of Death at Honeychurch Hall (Constable)
- Helen FitzGerald for Worst Case Scenario (Orenda Books)
- Christopher Fowler for Bryant & May - The Lonely Hour (Transworld)
- Antti Tuomainen for Little Siberia (Orenda Books)
- L.C. Tyler for The Maltese Herring (Allison & Busby)