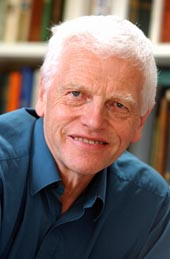 Fifty years on from first publication, Wobble to Death is still in print and I get asked questions, and my memory wobbles. There’s usually somebody out there who will tell me how wrong I am. Let’s try some answers, regardless.

How did you get your first one accepted?
In 1970, Macmillan decided to start publishing crime fiction. Up to then, they had a po-faced reputation as the publishers of classics by Charles Kingsley, Matthew Arnold, Thomas Hardy, and Henry James. Someone in their team had the bright idea of committing a ‘crime’ of their own, by poaching the editor of Collins Crime Club, Lord Hardinge of Penshurst. He launched the new list with a first crime novel contest and persuaded
Macmillan and Pan to offer £1000 as the prize. About 350 entries came in by the autumn of 1969, including mine. I drew on my nerdy interest in the history of athletics to write one called Wobble to Death, about murders during a six-day long distance race in 1879. To my surprise it was the winner.

Did Wobble to Death start the fashion for historical mysteries?
Long before me, John Dickson Carr, Robert Van Gulik and Josephine Tey found original ways to weave plots around historical themes. But like Agatha Christie’s Death Comes as the End, set in ancient Egypt, they didn’t inspire many imitators at the time. It must have been something in the air around the year 1970 that brought several of us into print: Anthony Price, Jeremy Potter and Jean Stubbs. We were the beginning of quite a surge of history mysteries and by the end of the decade, some major players had entered the field, including Elizabeth Peters, Nicholas Meyer and Ellis Peters.


How did publishing a book fifty years ago compare with 2020?
I can only speak from an author’s point of view. I would write my novel in a school exercise book (I was a teacher) and hand it to my long-suffering wife Jax, who typed an original and several carbon copies on an Olympia portable. Any alterations were made with correcting fluid. We’d parcel up the script and send it to the publisher. Almost all communication was by post. Eventually, if the book was accepted, a letter smelling faintly of cigar smoke would prompt me to buy a bottle of champagne. I wasn’t commissioned in advance and never have been, so a lot hung on the contents of that letter. Usually then I would be invited to London and welcomed into a book-lined office with leather armchairs. My editor, the aforementioned George Hardinge, would ply me with sherry before taking me for a boozy lunch at Rules, the oldest restaurant in London. Once, I remember, for a book he particularly admired, we went to the Ritz. We’d discuss any editorial suggestions and I’d stagger home and try and remember them. Eventually after the proof-reading process (complicated, because the typesetter would insert errors of spelling and punctuation that weren’t my own) and more letters about the cover and the blurb, the book would appear. Less crime fiction was published then and there was a good chance you would get reviews of three or four lines in most daily papers. These would appear on a Thursday in the week of publication or soon after. The reviewers were often fellow-writers, such as Anthony Berkeley, Edmund Crispin, Julian Symons and H.R.F.Keating. Any repeatable quotes would be seized on by the publicity rep and an advert listing four or five recent books from Macmillan would appear on the books page of The Times, the Telegraph and the Sunday broadsheets. By then, I was always well at work on the next one.

Didn’t you have an agent?
Not for the first six books. After they sold reasonably well, I thought I might take the gamble of becoming a full-time writer. I asked George Hardinge for his advice about an agent and he altruistically recommended George Greenfield, of John Farquharson Ltd. After another boozy lunch, I became a client of this other George, who had fought in the desert war with the Eighth Army and seemed to know everyone in the business. He didn’t just expand my horizons; he blew them away. I retired from teaching and bought an electronic typewriter. Almost immediately, my backlist was getting sold across the world and I was trying new kinds of writing, some under a different pen name. They were heady days. A book called Goldengirl was made into a movie. The Sergeant Cribb books became a TV series and I wrote for TV with Jax as my co-writer. A stand-alone novel called The False Inspector Dew won the CWA Gold Dagger and was bought by Columbia Pictures for Peter Falk. Rough Cider was shortlisted for an Edgar in America. After George retired in 1986, I was fortunate to be taken on by Vanessa Holt, who originally negotiated the foreign rights for John Farquharson, so the link is unbroken.

Did you keep up your writing about athletics as well?
Yes, Goldengirl was about an Olympic runner. Then the Amateur Athletic Association asked me to write their centenary history and I was thrilled to meet and interview some of the great Olympic champions of past years, among them Harold Abrahams, Lord Burghley and Joe Deakin, who won his gold medal back in 1908. I met Colin Welland and advised on the screenplay of Chariots of Fire. The British Library invited me to compile a bibliography of British athletics literature from 1275 to modern times, a long-term project that appeared in 2001.

And now you’ve returned to running as a theme with The Finisher.
Over recent years I’ve produced a series featuring Peter Diamond, a Bath policeman. He’s no more of an athlete than I am, but I gave myself the challenge of devising a Diamond plot to mark the half-century since Wobble to Death. Not a six-day race this time, but a half-marathon run annually in Bath, a section of it through the mile-long ‘tunnel of death’. The Finisher is not just someone who completes the 13.1 miles. He or she is also the killer, finishing people’s lives. I’m pleased with the title, but I’ve had some anxious emails asking if it signals the end of my career. I’m happy to report that I’m still going and almost halfway through the twentieth Peter Diamond.

Finally, do you have any regrets about fifty years of killing people for entertainment?
No, but I carry a burden of guilt about Wobble to Death. A few years after it appeared, a reader in America had the bizarre idea of reviving 6-day endurance races, the ‘cruelty shows’ invented by the Victorians. To my horror, there was no shortage of people of both sexes willing to try and, believe it or not, each year since 1979, several such wobbles have been staged not merely in California, but across the world, in four continents. Up to now, nobody has been murdered, but I sometimes lie awake wondering if it will be me.