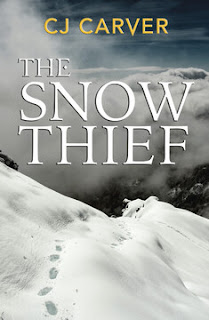 In the first chapter we meet six-year-old twins Tashi and Pemba.  Tashi is small with an intelligent face and bright black eyes, Pemba is broad and strong.  Despite their differences in appearance they are the best of friends and the closest of brothers.  The village has been preparing the monastery for an important visit and now the visitors are here with the High Abbott and Lama Sonam.  Seeking his brother Tashi slips into the tent and there is Pemba sitting with visitors who are asking him questions. Later Pemba tells Tashi, ‘I think they were pleased with me’. But when Tashi awoke the next day, Pemba was gone.  His body was later discovered with a broken neck.

Lhasa detective Shan Lia Third Class has been transferred to Tibet following her fall from grace. Previously Police Supervisor First Class in Shenzhen, she finds her present position a nightmare. Away from her chic apartment, cut off from her family and disgraced, she feels almost dead. Her old life is over and her future holds nothing.  The news that Pemba is the fifth boy to die of a broken neck in five weeks stirs Shan.  She demands the autopsies of the other four dead boys but is told, ‘They are not connected’.

As Shan attempts to investigate the five deaths, she is told that her superiors do not want her looking for a possible serial killer as it will only spread panic. If they didn’t want it investigated why did Commissioner Zhi instruct that the body be autopsied?

Called before the elite committee of the MPS (Ministry of Public Security) and the PSB (Public Security Bureau). She denies their assertion that she has said that she thinks there is a serial killer on the loose. She is told Tibetan kids die all the time. They live in shit, eat shit, and breathe shit. Despite the waves of hostility coming at her from the six members of the committee Shan perseveres but the outcome is made clear by Tan Dao, head of the PSB – there is no serial killer. Do you hear me? We are not in Shenzhen. We are in Tibet.

As the story progresses, we learn of the pain of the loss of her husband Jian and of their life together. We meet also the indomitable Fang Dongmei to whom Shan is related by marriage, and with whom she now shares an apartment.  And Fang Dongmei while not being openly hostile is not friendly either. But then another young boy is murdered, and Shan can’t let it go, but in continuing to investigate she puts her life at risk.  There are spies everywhere, even in the monasteries, Who can she trust?

Since working with a Tibetan in the early 1970’s I have always been aware of the fraught political situation between China and Tibet, reading his book brought its politically chilling and cruel aspects sharply into focus. But it’s not all gloom for it’s also a beautiful love story. Atmospheric, brilliant, eye-opening, and utterly gripping, this is a fantastic book.  I urge you not to miss it. Highly recommended.
------
Reviewer: Lizzie Sirett