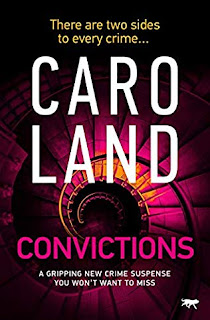 Five years ago, Natalie (Nat) Bach threw up a good job as a solicitor with the prestigious firm Goldman Law in the Lancashire town of Didsbury for love and went off to Mallorca with handsome Jose, Liverpool-born but partly Spanish, to run a successful restaurant. She had thought all was well between her and Jose until, suddenly and without any warning, he told her he didn’t love her. And at the same time Nat’s mother Anna had a stroke. So, heartbroken, Nat goes back to be with her mother. And back to Goldman Law. Not, however, to her old job, but to something rather junior, working alongside young men not much more than half her age, and sharing a long table with them, rather than her own desk let alone having an office of her own as she had previously. This is something which Nat, nearly 40, finds humiliating. There have been a lot of changes at Goldman Law which Nat finds it difficult to accommodate to. Her former boss, Jack Goldman, is semi-retired from the firm although he still has a finger in various pies and her one-time best friend at work, Catherine, is not only now managing partner of Goldman Law but is married to Jack after his highly acrimonious divorce from his first wife. Nat’s old job has gone to Wesley Hughes; he and Nat had known each other at law school but he has now developed a tendency to be cold and overbearing. Onetime office junior Wendy is now married, is Office Manager and heavily pregnant. Her former secretary Sharon is now Wesley’s secretary. Meanwhile Nat is still grieving for Jose, and also longing to have her own baby. Everyone else seems to be happily settled and to have children . . . but not Natalie.

Nat feels she is better off working than not working and she certainly has a lot to be getting on with. For starters, Jack’s estranged son Julian has been charged with assaulting his heavily pregnant girlfriend. Goldman Law is far too upmarket to concern itself with criminal matters, but Jack has asked Nat to find out unofficially the background to the case. This and various other matters do bring Nat back into her old life as  a legal practitioner, and she enjoys meeting old friends such as the criminal solicitor Gavin Savage, whose practice is handling the case of Julian Goldman, and making new friends such as the young barrister Joshim Khan. There is an easy and relaxed camaraderie between them all which helps them deal with clients, some of whom are somewhat trying, even downright dangerous. It is the atmosphere of life as a legal practitioner which the author captures so well.

However, the real backbone of this story is the changing relationship between Nat and Wesley and this, I felt, rather relegated its criminal element to the background. Of course, there are hints along the way that trouble is brewing, and these increased the suspense element.

Convictions is the first in a planned series. I shall be very interested to see how the series develops and also the various characters, particularly Gavin Strange and his criminal practice. He has a splendid sense of humour (albeit with something of a gallows tendency but with his practice that is hardly surprising). I found him rather more entertaining than Nat but perhaps if her broken heart is healed with a new love; she will develop a lighter touch.
-------
Reviewer: Radmila May 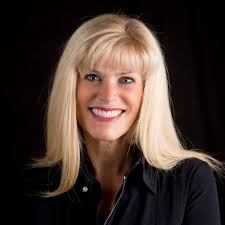 Caroline England was born in Sheffield and studied Law at the University of Manchester . Caroline was a divorce and professional indemnity lawyer. She turned to writing when she deserted the law to bring up her three lovely daughters. Caroline has had short stories and poems published in a variety of literary publications and anthologies. Her debut novel, Beneath the Skin, known also as The Wife's Secret in eBook, was published by Avon HarperCollins in October 2017. Since then she has published two further books, My Husband’s Lies and Betray Her. Caroline also writes under the pen name Caro Land. Her first Natalie Bach legal suspense, Convictions, was published by Bloodhound Books in January 2020. The follow up, Confessions, will publish in June 2020.