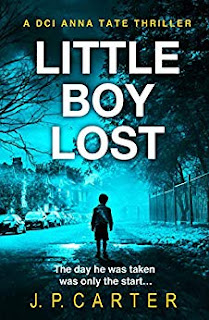 Three days following a tragic accident when the wife of a gang member was killed during a police raid, riots broke out south of the River Thames where DCI Anna Tate lives and works.  Currently on leave after finally being
re-united with her daughter* Anna has offered to report for duty and been told to stand by and wait for a call back.

When she is called by Detective Chief Superintendent Bill Nash, despite the severity of the riots she is asked to take the case of the death of a young boy who was killed when the rioters set fire to a derelict pub in Camberwell. He died of smoke inhalation as he couldn’t escape owing to being chained to a wall in the cellar.

As the riots continue and move closer to Anna’s home, she asks her boyfriend, Tom Bannerman who is a social worker and lives only a mile away to go and stay with her daughter Chloe. He responds that he will go straight there.

The dead boy is quickly identified by the label in his blazer as Jacob Rossi, the ten-year-old son of Mark Rossi, a TV presenter and Celebrity with a capital C. The boy had disappeared while walking home from school.

While Anna is examining the crime scene the leading officer in the search for the missing boy arrives introducing himself as DI Benning, who was clearly devasted to find the boy dead. ‘How do I tell the parents, I told them there was hope and that I would bring their boy home to them’. He said, with anguish. When Anna explains its now an MIT investigation he asks if he can stay on the case to help bring those who did this to justice.

Confident that her daughter Chloe is safe with Tom Anna sets her mind on the case. But are Chloe and Tom safe?  Caught up in her investigation Anna is unaware that the rioters have reached her street.

As Anna investigates it becomes clear that a number of people have grudges against the boy’s father. But would any of them go so far as to abduct his son?

Little Boy Lost is the third book in the DCI Anna Tate series. The story is narrated in the third person by Anna, and by Chloe, who provides some back story to her earlier life.

It is often said of a book that it was a ‘thought-provoking’ read.  This book is certainly that. It is about ‘consequences’.  The actions that we take and the decisions that we make that can lead to unthought of, and unforeseen situations that may have dramatic and heartbreaking results.   In 2015 I reviewed a book by this author written as James Raven called  Random Targets  and if you have read it you may understand that when travelling on a motorway I still find myself scanning the bridges.

This is a truly gripping read, with a jaw-dropping ending.  Highly recommended.
------
Reviewer: Lizzie Sirett

J P Carter is a pseudonym for James Raven who has been a journalist for most of his working life. After reporting for local, regional and national newspapers he moved into television as a news scriptwriter. He then worked his way up to become Director of a UK News Division. He now runs his own TV production company. James spends much of his time writing and travelling. He is also an accomplished magician.
http://www.james-raven.com/