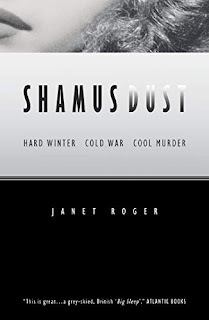 London, Christmas Day, 1947, and one of the coldest winters ever to hit the British Isles: deep snow, ice, bitter winds. Britain had been victorious in World War II but everywhere were the scars inflicted by the bombing, particularly in London where this story is set. And to add to physical damage inflicted on the landscape there are the privations arising from the strict control necessitated by the conflict which increased after the war was over so that even bread was rationed. And the cold made everything much worse, the sea freezing over, coal impossible to get out of the ground, electricity supplies often intermittent.

The protagonist of this story, Newman (no first name), had first arrived in London nearly twenty years before and had found himself a job as an insurance fraud investigator in the City of London and then, when the war began, tracking down military supply fraud. Now he’s back in London and going it alone as a private investigator, private eye, gumshoe, shamus – call it what you will. He knows his way around both England and the English, but he is, and always will be, an outsider.

Early in the morning of Christmas Day, Newman receives a call from a Councillor Drake to the effect that a driver will call for him with a set of keys and then will drive him to an address in the City where he is to hand the keys to a detective inspector who had just called Drake to request access to a property owned by him because of an ‘incident.’ But when Newman gets to his destination, which is the church of St Bartholomew’s near Smithfield, the detective inspector has gone and there is a body with gunshot wounds in the porch. The constable on duty tells Newman that the body was actually discovered by a neighbour, a nurse from Barts Hospital nearby. Newman looks round the church, sees two candles burning, lights a couple more himself and then, armed with the keys Councillor Drake has supplied, enters the building to which the keys belong. The second floor flat was plainly occupied by a skilled photographer whose favourite subject was boys in various seductive poses on a divan. One photograph, however, is of a grown man, the man whose body is now in the porch of St Bartholomew’s. But that is not all: in the next room is the divan featured in the photographs and in the bathroom is a hole in the wall with a camera focused on the divan. A scenario clearly set up for blackmail.

But blackmail is only part of what this story is about. Much of the City of London had been largely destroyed during the Blitz and property developers are eyeing the opportunities offered by the devastation. When Newman speaks to the nurse who found the body, she tells Newman his name – Raymond Jarrett – but refuses to say anything more. Drake, however, is very perturbed to hear of his tenant’s death and of his activities about which he claims to know nothing. Then Newman finds himself following leads: to an elderly prostitute called Dillys Valentine but when he is talking to her he is attacked and wounded, and she is killed. And it all goes on from there: tough City of London cops who may or not be corrupt, a nervous City solicitor, an enigmatic temporary forensic medical examiner, an edgy nurse, a frightened boy from a good family, a missing archaeologist, City bankers and property developers, a tangled web of soured family relationships. And more bodies.

I was very impressed with this book. The author, although English, writes in a highly effective pastiche of the traditional U.S. hard-boiled style but which is at the same time very literary – one chapter heading refers to the Austrian philosopher Wittgenstein and another to a famous chess player. The plot is very complex with strong characters, although it is not always easy to follow. The author on her website (www.janetroger.com) ,which is well worth reading, scrupulously tells us that the bitter winter which forms such a vital part of the story had actually happened the year before, but she certainly paints a totally convincing picture of what it was like. She also describes, not just on her website, but in the course of the story the peculiar jurisdiction of the City of London police which is quite distinct from that of the Metropolitan police. Recommended.
------
Reviewer: Radmila May 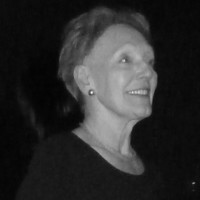 Janet Roger says as a teenager I’d read all of Raymond Chandler’s Philip Marlowe detective stories - not so long after they were written as I’d like to think - and they knocked my socks off. He wrote about a Los Angeles of neon-lit boulevards, a sour, gritty downtown and gun-toting cops (a novelty to this young European) and made them exotic. But what really got under my skin was Marlowe's voice guiding me around the next street corner, and beyond it into a stale apartment block or a down and low bar. He invited me in to look over his shoulder, let me see the highs and the lows, talked me through them and then put me in the seat beside him to drive me home. It was heady stuff, up to the point where the story began to seem incidental to the city, its moods and characters and speech patterns. What really mattered was a time, a place and the people you might run into there. I’d discovered a new kind of mystery writing and got hooked. I wasn’t the only one. Pretty soon it just wasn’t possible to take the Chandler out of anyone’s idea of LA. By now you might have the same thought about Leon and Venice, Lehane and Boston, or Block and New York. And when that happens, you know they’re getting under your skin too.