‘The Hidden Wife’ by Amanda Reynolds 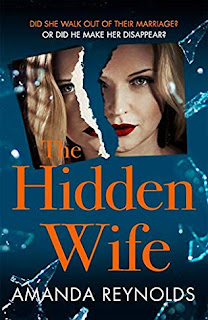 Julia, the beautiful wife of the immensely successful thriller writer Max Blake, disappears during a party she and her husband are holding in their elegant Cotswold mansion Brooke House to celebrate their tenth wedding anniversary. She is never seen again. Murder is an obvious likelihood but there is no body. The two investigating police officers, Detective Sergeant Katie Ingles and Detective Constable Chris Green, find no trace as to where she, or her body, might be. Max is the obvious suspect but there is insufficient evidence to ground a charge and there are other matters that demand police attention such as the disappearance and suspected abduction of a 13-year-old schoolgirl Emily Plant.

Nine months later, Theo, editor of local paper The Herald tells junior reporter Seren Spencer that Max, having until now refused to speak to reporters about his missing wife, would like to give an interview to Seren, after reading an article by her about the agonies of the families of missing children and being impressed by her sensitive treatment of the subject. What Max does not know is that Seren is speaking from her own experience after the disappearance of her brother Bryn. He may have been drowned off the wild Welsh coast where Seren was brought up and where her parents still live but, in his case too no body was ever found and Seren’s mother still lives in hope. Most of the story is written from Seren’s point of view but there are excerpts from the original police investigation.

However, the interview with Max does not go well; he takes offence at some of the questions she asks, and he tells her to leave. And Seren finds him charming but rather alarming, with an ability to control without obviously doing so that unsettles her deeply. However, as a very junior and inexperienced reporter she feels she must make a good impression, so she continues her investigations. She speaks to Julia’s sister Jacquie Moresly who is very hostile about Max but Max’s personal assistant, the middle-aged and rather sour Miriam, very much the local country woman, admires him greatly. And Max’s publisher Jonny tells Seren that Julia was deeply troubled.

Time and time again, Seren finds herself at Brooke House; there are, she thinks, ‘too many secrets’ with its long corridors and firmly closed doors, its locked barn. There is a snowstorm which traps Seren in the house, and Max manipulates Seren into attending a charity event wearing one of Julia’s dresses (there is a hint here, though not an exact one, of Daphne du Maurier’s Rebecca). When the truth eventually comes to light it contains a genuine surprise.
------
Reviewer: Radmila May 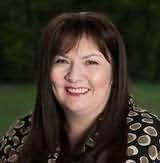 Amanda Reynolds is an author and creative writing tutor. Her debut novel, Close To Me, was published 2017 by Wildfire (a new imprint of Headline) as their first fiction title.  Amanda has worked as a goat milker, a teaching assistant and a sales trainer. More recently she was the book reviewer for The Cheltonian and taught regular creative writing classes and workshops. She now writes full-time, taking a sabbatical from teaching to write. Amanda lives in the Cotswolds with her family and two very furry dogs.

Radmila May was born in the U.S. but has lived in the U.K. since she was seven apart from seven years in The Hague. She read law at university but did not go into practice. Instead she worked for many years for a firm of law publishers and still does occasional work for them including taking part in a substantial revision and updating of her late husband’s legal practitioners’ work on Criminal Evidence published late 2015. She has also contributed short stories with a distinctly criminal flavour to two of the Oxford Stories anthologies published by Oxpens Press – a third story is to be published shortly in another Oxford Stories anthology – and is now concentrating on her own writing.
Posted by Lizzie at 12:54