‘The Shrouded Path’ by Sarah Ward

I am thrilled to say that today sees the publication of Sarah Ward's 4th book - it's brilliant. 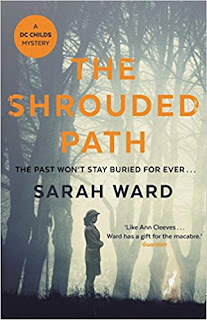 I have stated many times that I read crime fiction for the mystery not the crime, and this the fourth book in this series featuring DC Connie Childs, certainly provides plenty of tantalising mystery.

The story opens on a dank November day in rural Derbyshire in 1957, when six teenage girls are walking in the fields following the old train tracks that pass through a dark tunnel to Cutting Lane. Unbeknown to them a watcher is aware that only five girls reappear the other side of the tunnel.

Sixty years on Mina Kemp is called to the hospital where her mother Hilary has taken a turn for the worst. Feverish and confused she tells her daughter that she has seen Valerie and that Mina must finder her and check that she is alright.  But Mina has never heard her mother mention a Valerie, in fact her mother has never discussed or kept up with any of her childhood friends and she has no idea where to start.

In CID HQ things are for once quiet for which acting DI Matthews is grateful while she stands in for DI Francis Sadler who has been forced to take outstanding leave or lose it.  Determined to succeed in this temporary position she is doing everything by the book and in doing so driving Connie Childs mad.  Their latest case is one of the sudden death of Nell Colley an elderly unmarried lady who was found by a neighbour sitting on her sofa dead, seems just a simple death. However, Matthews wants no stone left unturned.  So together with the newest addition to the team Peter Dahl Connie sets out to interview the neighbour and check through the house.  Although, they can not find anything really amiss, Connie has an uneasy feeling that is reinforced when she learns that Nell had only recently retired in order to write her memoirs. But there is nothing in the house that confirms this.  Just a newspaper with the death of another elderly lady circled!

There are both multiple characters and threads to this intriguing story. Slowly the links are uncovered and yet still the reader is at a loss as to how they come together and who and where is Valerie?

There are several third person narrators, that provide background to this fascinating mystery, but still the motive and the identity remain a mystery.  A real page turner with a startling revelation.  If you love a good mystery this is a must read for you. Most highly recommended.
------
Reviewer: Lizzie Sirett 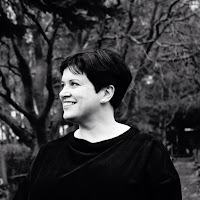 Sarah Ward is an online book reviewer whose blog, Crimepieces, reviews the best of current crime fiction published around the world. She is a judge for the Petrona Award for translated Scandinavian crime novels. Sarah lives in rural Derbyshire where her debut novel, In Bitter Chill, published by Faber and Faber, is set. Sarah has now published two further books, and her fourth A Shrouded Path is published September 2018.