‘The Lies We Told’ by Camilla Way 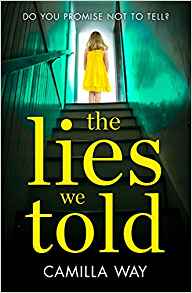 The first paragraphs of this book are as truly horrific as anything I've ever read.  We've all heard of finding a horse's head on one's bed – gruesome enough, you would have thought.  But the severed head which Beth finds on her pillow one night, while much more insignificant is conversely far more shocking.  Caught up in Beth's nightmare, I was strongly reminded of The Bad Seed: how does a mother handle the slowly dawning realisation that their beloved child might be a murderous psychopath?  And what do you do if you find yourself actually frightened of your own offspring, particularly her deeply ingrained sense of entitlement and hard-mouthed determination to get her own way and the things she desires, regardless of the obstacles in her way, her malicious and manipulative behaviour, her her deep satisfaction in seeing other people hurting or in distress – the author writes that the reaction of pain was what chiefly motivated her?

In a parallel tale, we learn about Luke, the perfect son of a perfect and loving family.  Fast forward 30 or so years,The narrative alternates between then – watching Hannah growing up, leaving a string of death and disaster behind her – and now, thirty years later.   Luke, perfect son of a perfect and loving family is happily living in Hoxton Square with his nice girl-friend Clara.  And then one day he disappears without a word, leaving behind his mobile phone.  Fearing the very worst, Clara is determined to find out was has happened to him.

I was completely grabbed by Way's piling on of a slow and inexorable tension until we reached the disturbing finale.   Read it.
------
Reviewer: Susan Moody 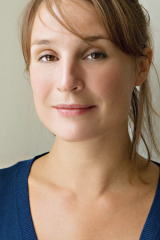 Camilla Way was born in Greenwich, south-east London in 1973. Her father was the poet and author Peter Way. After attending Woolwich College she studied modern English and French literature at the University of Glamorgan. Formerly Associate Editor of the teenage girls' magazine Bliss, she is currently an editor and writer on the men's style magazine Arena. Having lived in Cardiff, Bristol, Bath and Clerkenwell, she now lives in south-east London.